Barack Obama thanks NASA for taking his sign to Mars

Curiosity Mars rover's Twitter handle posted a photo of a plaque bearing the signatures of Obama, Joe Biden and other officials. 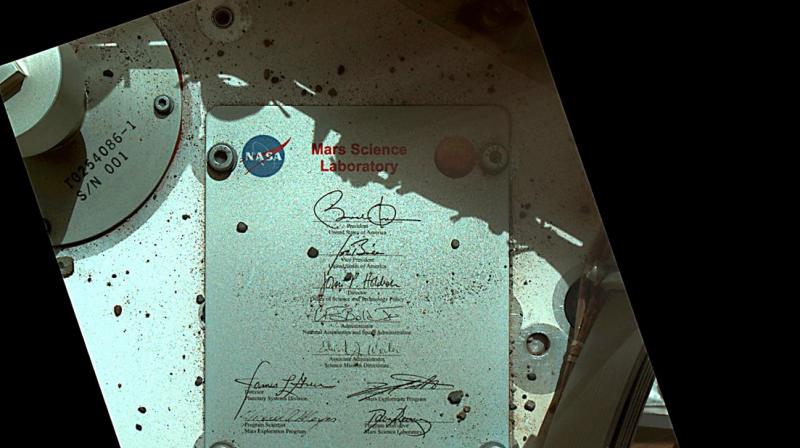 Washington: Donald Trump may be trying to undermine the legacy of Barack Obama but an aluminium plaque carried to Mars by a NASA rover with the President's signature would be hard to destroy.

Curiosity Mars rover's Twitter handle @MarsCuriosity on Thursday posted a photo of a plaque bearing the signatures of Obama, Vice President Joe Biden and other US officials.

The image was taken by the rover's Mars Hand Lens Imager (MAHLI) during the rover's 44th Martian day on Mars.

"That is out of this world. Thanks, @NASA.," Obama, who will demit the White House on January 20 after serving eight years as US President, tweeted.

Similar plaques with signatures, including those of the sitting president and vice-president adorn the lander platforms for NASA's Spirit and Opportunity rovers, which landed on Mars in January of 2004.

The main purpose of Curiosity's MAHLI camera is to acquire close-up, high-resolution views of rocks and soil at the rover's Gale Crater field site, NASA said.