The move came a day after US Dept of Justice announced arrest of Chinese intelligence officer who was stealing secret information. 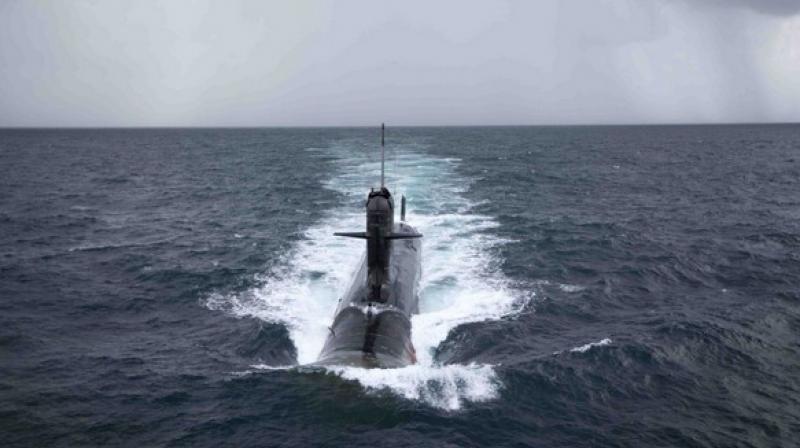 The statement comes at a time when officials in Washington believe Beijing has been 'diverting civilian nuclear technology to power the new generations of Chinese submarines, aircraft carriers and floating nuclear power plants.' (Representational Image)

Washington: The Trump administration has said that it will "sharply restrict" exports of civilian nuclear technology to China. The statement comes at a time when officials in Washington believe Beijing has been "diverting civilian nuclear technology to power the new generations of Chinese submarines, aircraft carriers and floating nuclear power plants."

The move came a day after the US Department of Justice announced the arrest of a Chinese intelligence officer who was charged with stealing secret information from GE (General Electric) Aviation, one of the largest suppliers of jet engines.

Read: China says US 'making something out of thin air' in spy case

"The United States cannot ignore the national security implications of China's efforts to obtain nuclear technology outside of established processes of the US-China civil nuclear cooperation," Secretary of Energy Rick Perry said after his department announced the measures on Thursday.

These national security measures are results of a US government policy review prompted by concerns regarding China's efforts to obtain nuclear material, equipment, and advanced technology from US companies.

The policy guidance establishes a clear framework for disposition of authorisation requests for transfers to China that are currently on hold because of "military diversion and proliferation concerns".

As per the new policy, there will be a presumption of denial for new licence applications or extensions to existing authorisations related to the China General Nuclear Power Group, which is currently under indictment for conspiring to steal US nuclear technology.

These efforts are necessary to strike an appropriate balance between the long-term risk to US national security and economic interests, as well as the immediate impact to the US nuclear industrial base, the US' Department of Energy said.

China is "actively pursuing our advanced nuclear technology for diversion to military use in its third-generation nuclear power submarine, in the development of a nuclear-powered aircraft carrier and in strategic dual-use nuclear-powered platforms, such as small modular reactors and floating nuclear power plants deployable in the South China Sea," the official said.

The official alleged that China was already using nuclear power on man-made islands it created in the South China Sea.

"We know that they are developing platforms for use on these islands and for nuclear-powered icebreakers, also floating nuclear power plants, which give the potential for rapid deployment to any platform that it could be tethered to," the official said.

In 2017, China imported nuclear technology worth USD 170 million from the United States. The administration "carefully weighed" the economic impact, the official said.

"We understand the US industry may suffer in the short term. We believe that in the long term, this policy will benefit the US and protect the American nuclear industry," the official asserted.

The move appeared to be part of a more concerted effort by the Trump administration to put new pressure on China beyond the tariffs that President Donald Trump has already announced on Chinese goods, according to media reports in Washington.