'You don't deserve to represent us': Pakistani accuses Maleeha Lodhi of corruption

In a video, Lodhi was seen evading questions raised by the Pakistani national during a UN event here. 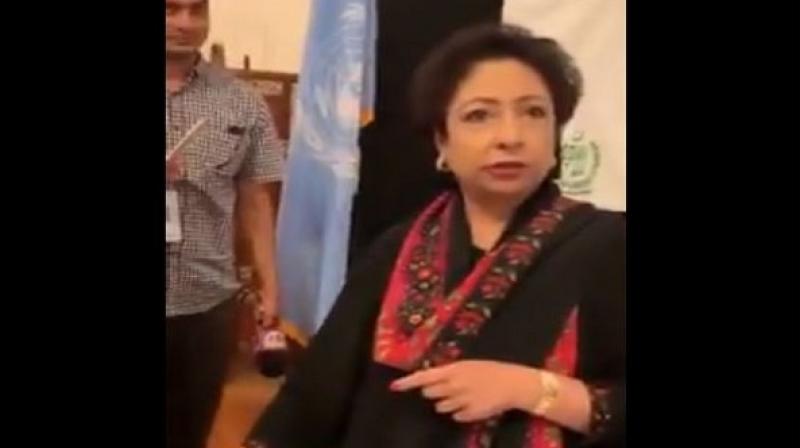 The diplomat composed herself and chided him for the manner in which he put forth the questions. She further said that she would not respond to his questions. (Photo: ANI)

New York: Pakistan's Permanent Representative to the United Nations, Maleeha Lodhi had to leave from an event after a man heckled and accused her of corruption, saying "You are a thief and don't deserve to represent Pakistan".

In a video, Lodhi was seen evading questions raised by the Pakistani national during a UN event here.

While the diplomat was apparently addressing media persons, the man, who seemed enraged, was heard asking whether she had a minute to answer his questions and then without waiting for a reply asked: "What are you doing from the last 15 to 20 years. You are not representing us."

Lodhi asked him to stop, to which the man replied he would not as it was not against the law and, moreover he is a Pakistani.

The diplomat composed herself and chided him for the manner in which he put forth the questions. She further said that she would not respond to his questions.

As Lodhi began to leave, the questioner heckled her by saying: "You guys are stealing our money, you guys are thieves and you don't deserve to represent Pakistan."

The man tried to follow her, while, people present at the venue attempted to calm him down. As Lodhi was leaving the venue, the man yelled: "Shame on you. You have been eating money all these years."

Netizens did not miss the opportunity to question the diplomat, who has also served as the Pakistan Ambassador to the United States.

"She has enough of living in America send her back to Pakistan," commented a netizen.

Some accused her of misusing the taxpayers' money and asked her to go back to Pakistan.

"She is enjoying privileges and perks on our tax money. She is only master to organise cultural events while being a permanent envoy of Pakistan in UN, she is an utter failure of our 'parchi system," said another user.

Twitterati also heaped praise on the person who hurled the pointed questions at Lodhi.

"Yes that man is absolutely right she has done nothing for us at UN for last fifteen years, what is she doing there," another twitter user posted.

"Point that has never been raised in fact," reacted another person.