US seeks voluntary, dignified return of Rohingyas from Bangladesh to Myanmar

State Department also said it agreed with assessment of UNHCR that conditions in Myanmar are not yet conducive for returns of Rohingyas. 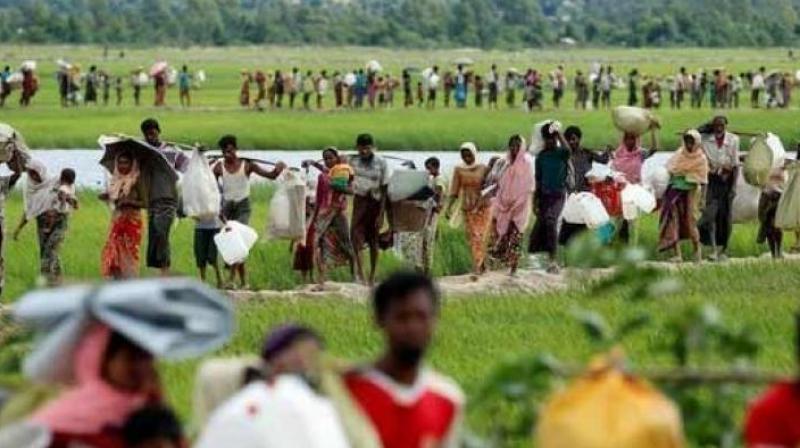 Dhaka and Naypyidaw have agreed last month to begin by mid-November the repatriation of hundreds of thousands of Rohingya Muslims. (Representational image)

Washington: Seeking a voluntary, safe and dignified return of Rohingya refugees from Bangladesh to Myanmar, the US asserted that Dhaka must ensure that the returnees have the freedom of movement and "not be confined to camps".

Dhaka and Naypyidaw have agreed last month to begin by mid-November the repatriation of hundreds of thousands of Rohingya Muslims who fled to Bangladesh to escape a Myanmar army crackdown. Under the agreement, Myanmar will take back 2,000 Rohingya Muslims from Bagladesh in the first batch, which will be followed by a second batch.

"We have engaged both governments at the highest levels to express our serious concerns about premature returns, and to emphasize that, consistent with international practice, returns be informed, voluntary, safe, and dignified. Further, returnees to Burma must have freedom of movement and not be confined to camps,” the US State Department said in a statement on Sunday.

However, the State Department also said it agreed with the assessment of the UN high commissioner for refugees (UNHCR) that conditions in Myanmar are not yet conducive for returns of the Rohingyas.

"This is because full access to Burma is needed to understand the conditions in areas of return and to allow refugees and internally displaced persons to make an informed choice about returning to Burma," it said.

Over 720,000 of Myanmar's stateless Rohingya fled in August last year, taking shelter in crowded camps in Bangladesh and bringing with them harrowing tales of rape, murder and arson in the brutal military crackdown.

Urging Myanmar to play a constructive role in resolving the Rohingya issue, the US said the country should address the root causes of the crisis in the Rakhine state and provide access to a transparent and efficient citizenship verification process, freedom of movement and access to livelihoods to the minority Muslims.