Pak must end support to Taliban, other terror groups: US Senator 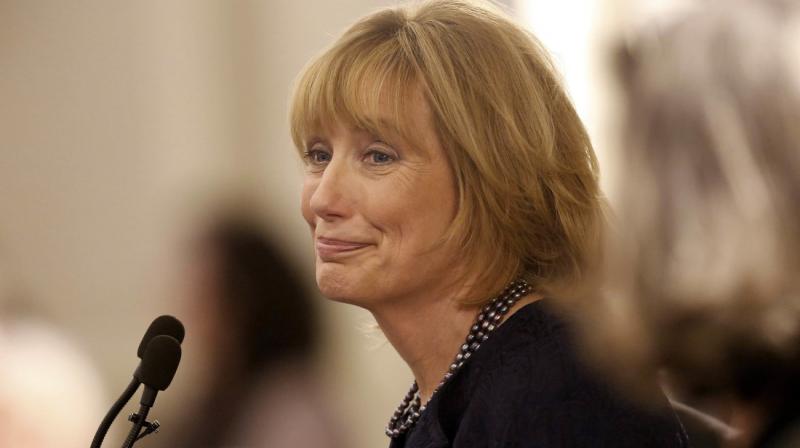 Pakistan must end support to the Taliban and other terror groups, a top American senator said a day after meeting Pakistani leadership in Islamabad. (Photo: AP)

Washington: Pakistan must end support to the Taliban and other terror groups, a top American senator said a day after meeting Pakistani leadership in Islamabad.

"Pakistan has an important role to play in stabilising Afghanistan, engaging in robust counterterrorism efforts and strengthening the global economy," said Senator Maggie Hassan said on Friday after concluding her trip to Pakistan and landing in India for meetings with the Indian leadership.

"It was particularly helpful to discuss with key Pakistani leaders what more can be done to preempt terrorist attacks and prevent the spread of terrorist ideology," she said.

"Moreover, it was important for us to communicate directly to Pakistan's senior leadership that they must end support to the Taliban and other terrorist groups. In addition, amid escalating tensions in Kashmir, it's critical that we find ways to help de-escalate the situation on both sides," Hassan added.

Hassan and Hollen also visited Pakistani-occupied Kashmir amid escalating tensions with India to observe conditions on the ground and push for a de-escalation of the situation, including calling on India to end its curfew, release prisoners, and restore communications, a media release said.

In India, Hassan will meet key political and business leaders and US embassy officials to discuss the situation in Kashmir, the US-India relationship and international trade.

The two senators also travelled to Afghanistan and met presidential candidate Abdullah Abdullah as well as several Afghan women officials who had represented the strife-torn country in talks with the Taliban.

"Keeping Americans safe is my top priority. Stability as well as ongoing counterterrorism efforts in Afghanistan are critical to those efforts," said Hassan.

"We heard directly from US and Afghan officials about the threat posed to both of our countries from IS's growing regional affiliate," she said.