A search of the property led investigators to Carver’s body, buried in a shallow grave. 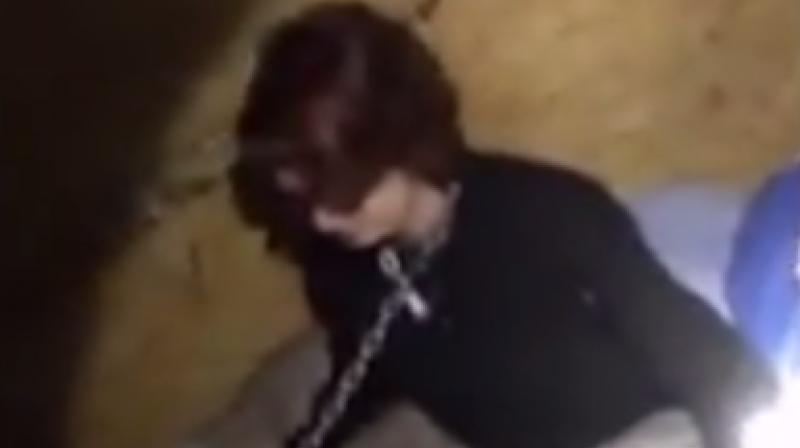 California: Police rescued a frail-looking woman, sitting on a mattress in a locked metal storage container in the middle of a wooded area at South Carolina, the United States, where she was chained up for two months.

According to a report in The Washington Post, the woman, Kala Brown visited Woodruff with her boyfriend, Charles "David" Carver to do some cleaning work for the owner of the property, real estate agent Todd Christopher Kohlhepp.

Prosecutors in South Carolina released the video on Friday, showing footage from last November where officers tell Brown that paramedics are there to rescue her.

Brown and Carver were reported missing from August 31, 2016. In the video, during her rescue, an officer asks Brown about her partner, to which she replies, “He shot him.”

She goes on to tell them how Kohlhepp shot Carver thrice in the chest, wrapped him in tarp and carried it away in a tractor. He told her that Carver was dead and buried along with several other bodies which dogs wouldn’t be able to find because of red pepper.

A search of the property led investigators to Carver’s body, buried in a shallow grave.

Kohlhepp was arrested and confessed to murdering seven other people in South Carolina, including four people in 2003 at a motorcycle shop in Chesnee, South Carolina. The murders were the county's first quadruple homicide, nicknamed “Superbike murders”, and had remained unsolved for nearly 13 years.

The accused also admitted to killing two people in December 2015, after luring them to the property under the pretext of giving them some work.