Mr Musk tagged the Amazon CEO calling him a ‘copycat’ by using a cat emoticon in his tweet. 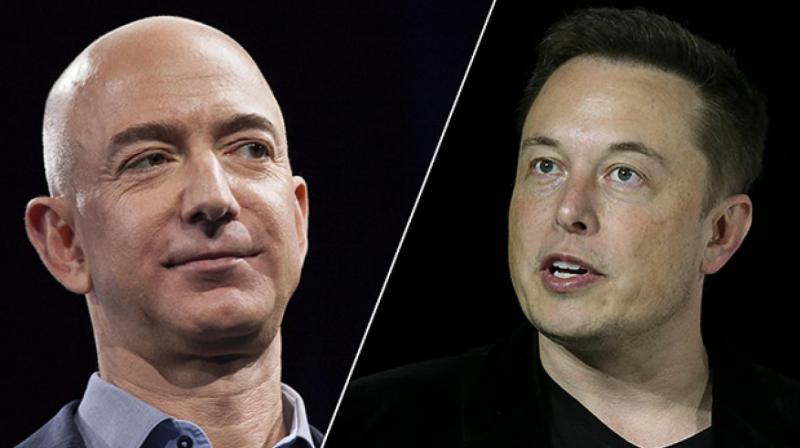 Musk’s comment comes after Amazon hired a SpaceX executive, Rajeev Badyal, who was earlier fired by the SpaceX CEO. (Photo:AP)

California: Amazon a few days earlier confirmed that it was working on a project to launch a network of satellites for super fast internet services. The news of the launch irked Jeff Bezos’ competitor Elon Musk.

Responding to the news report on Amazon’s satellite launch on Twitter, Mr Musk tagged the Amazon CEO calling him a ‘copycat’ by using a cat emoticon in his tweet.

SpaceX, which is owned by Elon Musk, is among several other companies that are looking to deliver internet to remote areas.

Last Year, SpaceX launched two test satellites that aimed to put over 4000 satellites into orbit. According to recent news coming from Amazon, their highly anticipated ‘Project Kuiper’ will put 3236 satellites in low orbit that would provide high speed broadband connectivity, low-latency to underdeveloped and unserved communites around the globe.

Musk’s comment comes after Amazon hired a SpaceX executive, Rajeev Badyal, who was earlier fired by the SpaceX CEO. Badyal is now managing the ongoing satellite project for Amazon.

According to news agency AFP, several companies have been attempting to use space-based internet systems since the 1990s including one backed by Microsoft's Bill Gates and Saudi royal family investors.