Muslim woman in US faces brutal assault, hijab ripped off

The incident happened on Monday and the victim was released from the hospital yesterday. 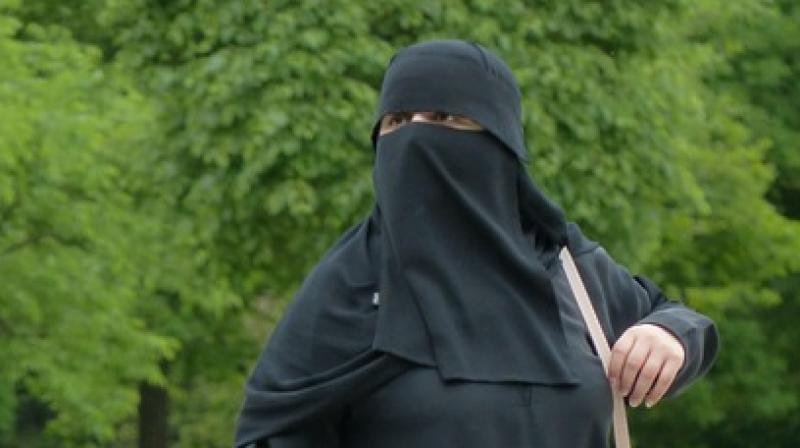 The woman from Milwaukee was attacked as she walked home from prayer. (Photo: Pixabay/Representational)

Washington: A Muslim woman’s hijab was allegedly ripped off in the US by a man who she claimed, beat her “like an animal” and repeatedly stepped on her head, prompting calls for a hate crime probe.

The woman from Milwaukee was attacked as she walked home from prayer. Milwaukee police told FOX6 News they were investigating the crime.

The incident happened on Monday and the victim was released from the hospital yesterday.

“I said to myself, ‘I am going to die today for sure.’ So he gets up from the car and told me to come here,” said the woman who was attacked.The woman, who did not wish to be named, said a car pulled up alongside her. One man came from a car. That man wanted only one thing -- to remove the woman’s hijab or headscarf, she said.

“He said to take my hijab, my scarf. I tried to fight him. ‘Don’t take my hijab,’ you know? So he threw me on the floor then he beat me like an animal,” she told the TV station.

The attacker was able to pull the scarf off and blood stains remained on it, the report said. The woman said her attacker threw her to the sidewalk and then stepped on her head repeatedly.

She said he also took out a knife to cut her jacket and her arm.

“Certainly we’re scared for our community members. As an Islamic community, we want to make sure our community is always safe. The initial reaction is of shock,” said Munjed Ahmad with the Islamic Society of Milwaukee.

Those at the Islamic Center believe this was a hate crime.

“Nothing was stolen. There was no robbery. Her valuables remain with her. The only motive we can think of -- because everything stayed with her and this individual went straight for her scarf -- is a hate crime,” Ahmad was quoted as saying

The victim somehow made it home. That is where she had a seizure and was taken to the hospital. She said during the beating, the attacker was calling her names and swearing at her.

Police said they were investigating and there was no suspect in custody at this time.

The incident comes amid a spike in hate crimes and assaults targeting hijab-wearing women across the US.