US: Hindu groups ask CNN to apologise for ‘Hinduphobic’ show

Dozens of Hindu organisations in New York protested against the show that depicted Varanasi as a "city of death." 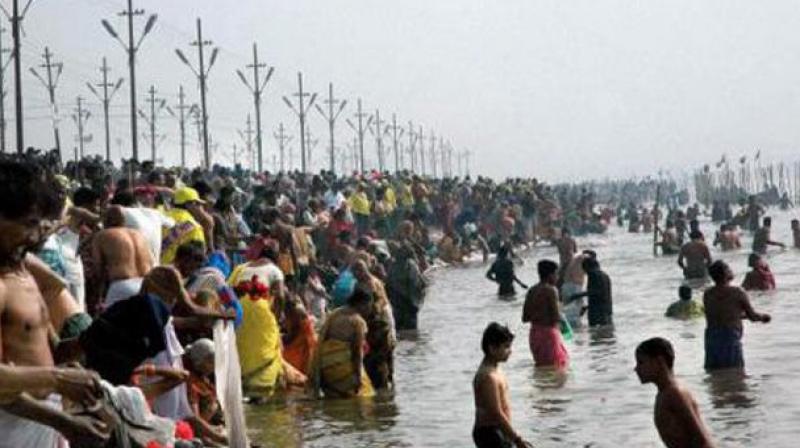 The city of Varanasi (Photo: Representational/File)

Washington: US-based Hindu organisations have demanded an apology from CNN and asked the news channel to stop further airing of a show which they allege promotes xenophobia and 'Hinduphobia'.

A series of protests small and big were held across the US on Saturday and more are scheduled against the airing of six-episode series "Believer with Reza Aslan" by the CNN.

As many as 16 top Hindu organisations in the US have come together the umbrella of American Hindus Against Defamation (AHAD) to mount a joint campaign against CNN and Reza Aslan.

Prominent among them include, Hindu Mandir Executive Council, representing over 150 temples across North America, Hindu Swayamsevak Sangh with chapters in over one hundred cities in the US, Samskrita Bharati an authoritative source for Samskrita (Sanskrit) education across the world and Ekal Vidyalaya, a US sponsor of over 55,000 one teacher schools across India and Nepal.

On Saturday, AHAD co-sponsored a protest by dozens of Hindu organisations in New York, to protest the show that denigrated Hindu dharma and depicted the holy city of Varanasi as a "city of death."

Members of AHAD and VHP America also participated in protests in Atlanta, Houston and Washington. Additional community protests are planned in Chicago and San Francisco.

"We express complete support towards a multitude of Hindu organisations and Indian-American groups that joined hands to protest CNN's dangerous misrepresentation of the Hindu community," said Washington-based coordinator of World Hindu Council of America.

"Aslan has caused serious harm to Hindu community and put the safety of Hindu children in schools across the US in jeopardy... CNN has failed to hold itself to higher standards," they said.

Despite being warned about the offensive content, CNN proceeded to air the show without consultation with practising Hindu experts," said Ajay Shah, convener of AHAD.

In a statement, AHAD demanded "an on-air apology from CNN and Aslan for offending a billion strong Hindu community. It also asked CNN not to further air the alleged offending episode and a promise to consult practising Hindu scholars nominated before programmes relating to the Hindus are aired.