The exact cause of the crash was not immediately known. 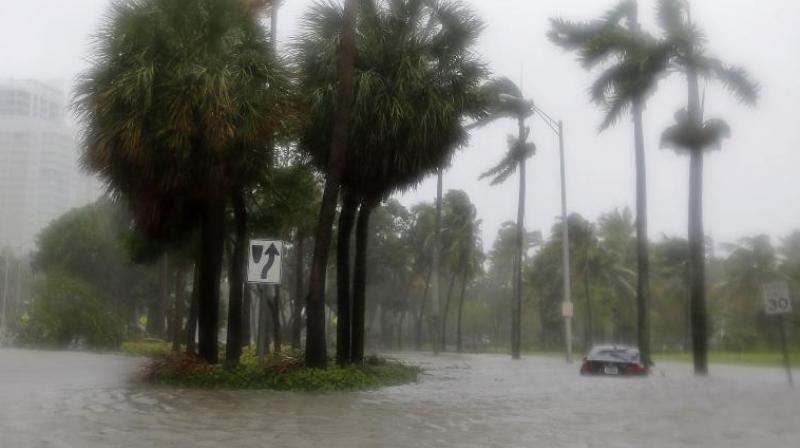 Heavy rains flood the streets in the Coconut Grove area in Miami on Sunday. (Photo: AP)

MIAMI: Three people in Florida, including a sheriff's deputy, have been killed in car crashes as Hurricane Irma closed in with high winds and lashing rain, officials said Sunday.

The roads were "wet and windy," he added, noting that Bridges was the mother of a young son and had worked for the sheriff's department for 13 years.

The other driver, a corrections officer on his way to work in a private vehicle, was also killed, Lanier said.

The third fatality was a man who died Saturday near Key West when his truck slammed into a tree, the Monroe County Sheriff's Office said in a statement.

The truck was carrying a generator, ABC News reported. The exact cause of the crash was not immediately known.