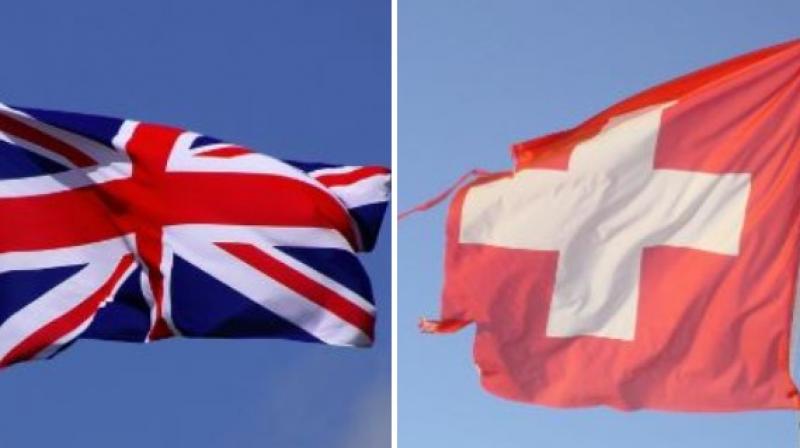 UK Home Secretary Sajid Javid signed the Memorandum of Understanding (MoU) with Swiss Federal Councillor Karin Keller-Sutter agreeing to build on an already strong relationship, according to an official statement from the British government.

London: The United Kingdom and Switzerland on Wednesday signed an agreement to strengthen bilateral cooperation in tackling cross-border crime and terrorism which will come into force in the event of a no-deal Brexit.

UK Home Secretary Sajid Javid signed the Memorandum of Understanding (MoU) with Swiss Federal Councillor Karin Keller-Sutter agreeing to build on an already strong relationship, according to an official statement from the British government.

The agreement sets out the two countries' commitment to continue to work closely on areas such as counter-terrorism and financial crime, while also looking to increase information sharing and closer working between police forces.

"Terror knows no borders, which is why we must cooperate closely with our strongest allies to tackle the worst forms of criminal activity after Brexit. Switzerland is a key security partner for the UK and this agreement is a sign of our unconditional commitment to contributing to Europe's security," Javid said.

"The UK and Switzerland already work closely on internal security, on a bilateral basis and through international channels," he added.

Brexit Secretary Steve Barclay also met with Federal Councillor Karin Keller-Sutter as the pair signed the transitional migration agreement, which would apply in a no-deal scenario with the EU.

The agreement would allow people from the UK and Switzerland to continue to apply for jobs and work in each other's countries until December 2020 in the event of a no-deal Brexit.

"While our priority remains leaving the EU with a deal, we have always been clear that we will do all we can to guarantee the rights of citizens in any scenario.
This agreement allowing British and Swiss expats to work in each other's countries until the end of 2020 is the latest practical example of us making sure that happens," Barclay said.

The February agreement also regulates social security claims and the recognition of professional qualifications and these rights are valid for life.

The arrangements on mutual access to labour markets were previously announced in April but were formalised in London today.

The original deadline for the UK to leave the EU was changed twice from March 29 to April 12 after Prime Minister Theresa May's Withdrawal Agreement was rejected in the British Parliament thrice.

In April, the EU leaders agreed to delay the Brexit process to another six months, with October 31 as the new date for the UK's withdrawal from the European bloc.