World   Americas  11 Jul 2019  The Moon now has hundreds of artifacts. Should they be protected?
World, Americas

The Moon now has hundreds of artifacts. Should they be protected?

Some experts are calling to grant them heritage status to protect them from future tourists and human activity. 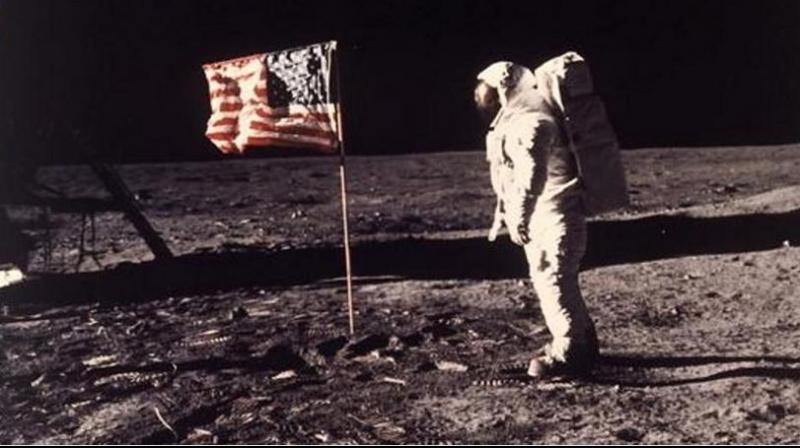 Washington: Three rovers, six US flags, dozens of probes that either landed successfully or crashed, tools, cameras and trash: the Moon is dotted with hundreds of objects as a result of space exploration.

Some experts are calling to grant them heritage status to protect them from future tourists and human activity.

It all started on September 13, 1959 when Soviet probe Luna 2 smashed into Mare Imbrium, its 390 kilograms (859 pounds) of mass vaporizing, no doubt, on impact.

It was followed in succession by more Luna probes, then it was the Americans’ turn with the Ranger and Surveyor programs.

The pair spent 22 hours on the Sea of Tranquility. They left behind everything that wasn’t necessary to taken back: the lunar module’s descent stage, cameras, lunar boots, tongs, commemorative objects, and four “defecation collection devices.”

All told, the Moon has about a hundred sites where people have left their mark, according to For All Moonkind, a non-profit that seeks to preserve human heritage in space.

That’s about 167 tonnes of material.

Legally, “the sites themselves aren’t protected at all,” said Michelle Hanlon, a law professor at the University of Mississippi who co-founded For All Moonkind in 2017 after the head of the European Space Agency Jan Worner joked that he wanted to bring back the American flag.

“So the boot prints, the rover tracks, where items are on the site, which is so important, from an archaeological standpoint, they have no protection,” she added.

Hanlon fears the Apollo sites will one day attract the attention of tourists, who could kick up lunar dust that cuts like glass and can be highly damaging.

“If somebody were to get too close to the LEM, there’s nothing in international law right now that says you can’t just drive a rover right up to it, and actually take a peek at it,” she said.

“We need protections against inadvertent as well as intentional acts.”

NASA has adopted recommendations, for example, that future expeditions should not land within two kilometres (1.2 miles) of Apollo sites.

In the US Congress, senators have introduced a “One Small Step to Protect Human Heritage in Space” bill.

But the Outer Space Treaty of 1967 is very explicit: “Outer space, including the moon and other celestial bodies, is not subject to national appropriation by claim of sovereignty, by means of use or occupation, or by any other means.”

“Once you start making exclusionary zones, and stopping other countries from their free use and exploration of space, you’re running up against the basic premise of the Outer Space Treaty,” Jack Beard, a space law professor from the University of Nebraska, told AFP.

To be sure, the treaty says each space object must be registered by its country, a safeguard against irresponsible behaviour by private entities.

These artifacts also remain the property of the entity which placed them, effectively barring theft.

But its loopholes concern lawyers, space agencies and the UN, and not only over the issue of protecting heritage.

Moon traffic is likely to grow in the coming decades and the vague principles of cooperation enshrined in the treaty are not seen as sufficient to regulate it.

In 2019 alone, a Chinese robot landed on the Moon, a private Israeli probe crashed, and India will send a probe.

US astronauts are scheduled to visit its southern pole in 2024, where there is ice.

Hundreds of space start-ups have sprung up, many of which want to exploit the water and mineral resources of the Moon and asteroids. What would happen if they quarreled with one another?

“It’s clear that there is potential for conflict,” Tanja Masson, a professor of space law at Leiden University in The Netherlands told AFP.

“There’s a need for rules so that it does not become the Wild West.”

She suggests the creation of an international body to distribute priority rights, without granting sovereignty, as is done to manage satellites in geostationary orbit.

As for the risk of filling the celestial body up with junk, she said: “We should perhaps build waste centres on the Moon.”