Indian-origin doctor commits healthcare fraud in US, gets 9 year imprisonment

According to evidence at the sentencing hearing, the patient died of respiratory depression due to the methadone prescribed by the accused. 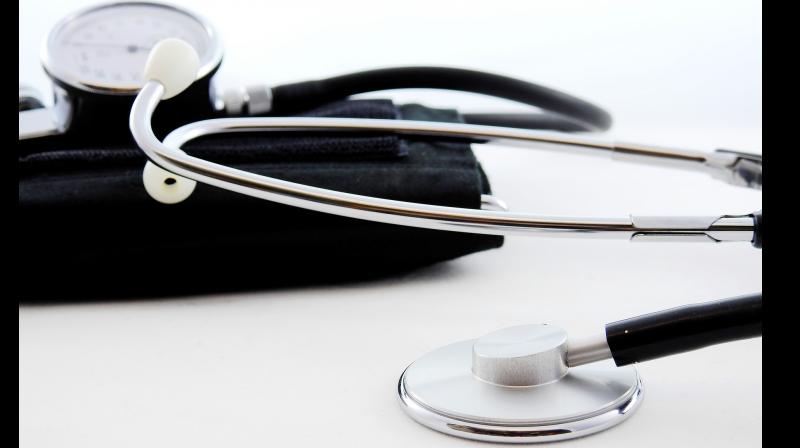 An Indian-origin doctor has been sentenced to nine years in prison by a US court for committing health care fraud and illegally distributing prescription painkillers. (Representational Image)

New York: An Indian-origin doctor has been sentenced to nine years in prison by a US court for committing health care fraud and illegally distributing prescription painkillers.

Jain previously entered guilty pleas in February 2016 to one count of unlawfully dispensing a controlled substance and one count of health care fraud.

In his plea agreement, Jain admitted that he previously was licensed to practice medicine in the State of New Mexico and was registered with the Drug Enforcement Administration (DEA) to prescribe controlled substances, including pain medication.

He admitted that for several years he operated a high-volume "pain management" practice in Las Cruces, and frequently performed only "cursory" examinations of his patients before prescribing narcotics to them without documenting any therapeutic benefit for those drugs in his records.

He specifically admitted examining one patient in November 2009 and that he conducted only a superficial examination of the patient before writing him two prescriptions for methadone that were outside the usual course of medical practice and not for any legitimate medical purpose.

Each prescription was for 270 tablets of 10 mg methadone. Jain further admitted that he committed health care fraud because he knew these unlawful prescriptions would be submitted to federal health insurance Medicare for payment and that he intended for Medicare to pay for the prescriptions.

Jain also acknowledged that the patient died two days after filling the second methadone prescription. According to evidence at the sentencing hearing, the patient died of respiratory depression due to the methadone Jain prescribed.

The New Mexico Medical Board suspended Jain's license in June 2012, and revoked his license in December 2012.

Anderson said the US law enforcement agencies are committed to working to aggressively target and hold drug traffickers accountable - both those who distribute on the street, and those who traffic as physicians writing prescriptions for no legitimate medical purpose.

"Doctors who betray our trust and put their own financial gain ahead of the well-being of their patients by prescribing narcotics without medical justification are directly fueling our nation's opioid crisis," he said.

Special Agent in Charge Kyle Williamson of the DEA's El Paso Division said that Jain ignored the oath they take to treat and care for patients who come to them for help, and continued to overprescribe, which eventually resulted in the deaths of four patients.

"His sentencing today will send a message to other doctors that they are not above the law and DEA will continue to forcefully pursue and hold them accountable."

Merkel gives a firm 'no' for Trump's in-person G7 summit