Armed with a powerful assault rifle, Kelly opened fire on worshippers at a Sunday service inside a rural church. 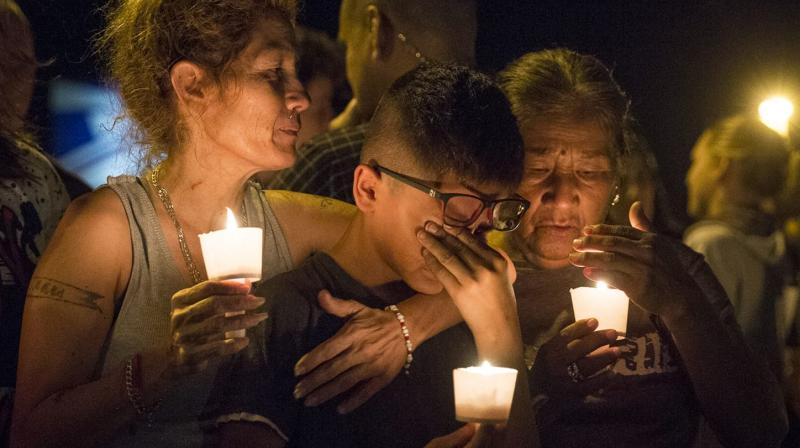 Jessika Edwards, who worked with Kelley at Holloman Air Force Base in New Mexico from 2010 to 2012, said the 26-year-old shooter had displayed a fascination with mass murders while he was enlisted in the Air Force. (Photo: AP/File)

Houston: Texas shooter Devin Kelley, who killed 26 people inside a church, bought animals from an advertisements website and had used dogs as "target practice", according to the gunman's former Air Force colleague.

Jessika Edwards, who worked with Kelley at Holloman Air Force Base in New Mexico from 2010 to 2012, said the 26-year-old shooter had displayed a fascination with mass murders while he was enlisted in the Air Force.

"He would make jokes about wanting to kill somebody. And we would say, 'wait, that's not funny'," Edwards was quoted as saying by the CNN.

She said Kelley told her he was "using the dogs as target practice".

Edwards said Kelley had revealed to her that he had bought animals on Craigslist with the sole intention of killing them.

The morbid admission came in Facebook messages starting in 2014, she said, after the two reconnected in civilian life.

She said Kelley's obsession for killing was so pronounced that when he was disciplined for poor performance she told her bosses to "back off or he would shoot the place up".

"He was always getting into trouble. It was problem after problem," Edwards was quoted as saying in the report.

A law enforcement source close to the Texas shooting investigation confirmed to the channel that the FBI agents interviewed Edwards about her interactions with the gunman.

In 2012, Kelley was court-martialed and convicted for assaulting his wife and stepson. Edwards said those domestic problems boiled over on the job and he would come in depressed and unfocused.

"He threatened to kill himself one time if I didn't let him go see a chaplain," Edwards said, adding that as a staff sergeant she supervised Kelley.

Armed with a powerful assault rifle and wearing black a tactical-style gear, Kelly opened fire on worshippers at a Sunday service inside a rural church in Sutherland Springs, Texas, killing at least 26 people and injuring 20 others, once again triggering a heated national debate on the need for stricter gun control laws.