Many Indian-Americans stay back in Florida despite mandatory evacuation calls

The government has asked for mandatory evacuation of more than 5.6 million people. 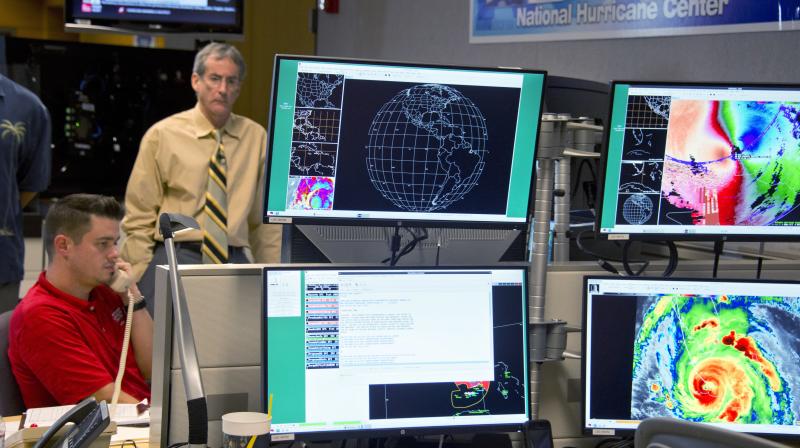 Washington: A large number of Indian-Americans in Florida have decided to stay back despite US officials calling for a mandatory evacuation ahead of hurricane Irma's landfall on the coastal parts of the state.

As hurricane Irma barrelled towards Florida, Indian-Americans, who own a large number of hotels in Florida, have opened up their properties for people in need, so have temples and community places, with Indian non-profit organisations like Sewa preparing to provide food and necessary essentials to those effected by the storm.

"We have put the shutters, made all the precautions for any onslaught of the hurricane, because we have gone through these types of hurricanes every two years, so we know how to prepare," said Vivek Swaroop, who has his own consultancy business in Fort Lauderdale area of Florida, where a mandatory evacuation has been ordered.

According to the 2010 census, the Miami-Fort Lauderdale-West palm Beach area of Florida -- which is likely to be the worst affected part after Irma's expected landfall tomorrow morning, have an Indian American population of more than 40,000.

Swaroop said there was a lot of anxiety among Indian- Americans. "Most of the Indian Americans that I know of, have barricaded their houses with shutters and essentials. Some of them who live on the East Side, which is near the ocean, have vacated," he said.

Hotelier Danny Gaekwad said that most of the Indians are well off and live in good quality single-family homes, which can easily withstand wind speed up to 120 miles per hour. Gaekwad, who himself lives in Ocala area of Florida, was busy in evacuation of some 200 campers from his campground to a hotel of his own. Every hotel till several hundred miles out of Florida are full to their capacity, he said.

The government has asked for mandatory evacuation of more than 5.6 million people.

Gaekwad said Indian-American hoteliers have opened up their hotels for people.

Even banquet halls are being used to provide shelter to people who have left their homes.

Community leader Chandra Kant Singhania, from Miami, said that most of Indian Americans have decided to stay in their homes and are taking all precautions to stay safe. "They are not leaving the city," he said.

However, not all are staying put with a number of Indian-Americans leaving their homes for safer places, as far as Las Vegas and New York.

Many like Satya Shaw are not taking chances. "It took me 24 hours to convince my wife. Tomorrow is going to be a disaster. We are not staying here," he said, soon after he booked a 4 PM flight out of Tampa. The airport shuts down at 8 PM.

"It is dangerous to stay here," Shaw said, adding that he has offered his house for others to take shelter while he is away. However, for his friend Chandra Kant Patel, a resident of Tampa, it is too late to leave.

"Till yesterday, we were told Miami area would be the worst affected. Now we are being told the hurricane is moving towards Tampa," said Patel, who has a local manufacturing business.

Having taken all the precautions to stay safe, Patel feels that the businesses of Indian Americans like him would be worst hit as a result of hurricane Irma.

Many temples and community centres have been opened up for shelter. Some of the temples in Florida and other neighbouring states were conducting special prayers.

"Looking at the frequency of natural disasters recently hitting our American continent, where we have enjoyed overwhelming freedom to practice and pursue our respective faiths and plurality, it behooves to hold 'havans' and prayer services for the well being of our fellow citizens affected by the calamities," said Subhash Razdan of the Gandhi Foundation USA.

Irma "is a storm of absolutely historic destructive potential", Trump said in his weekly address. "I ask everyone in the storm's path to be vigilant, and to heed all recommendations from government officials and law enforcement," he said.

"Nothing is more important than the safety and security of our people. We are doing everything we can to help with disaster preparations and, when the time comes, we will restore, recover, and rebuild -- together, as Americans," he added.

Trump said in such challenging times, the "strength and the resolve of the American spirit" is demonstrated "and we see the kindness and courage of our people".