Irma, the most powerful Atlantic Ocean hurricane in recorded history, has already wrought destruction in the Caribbean, killing at least 22 people. 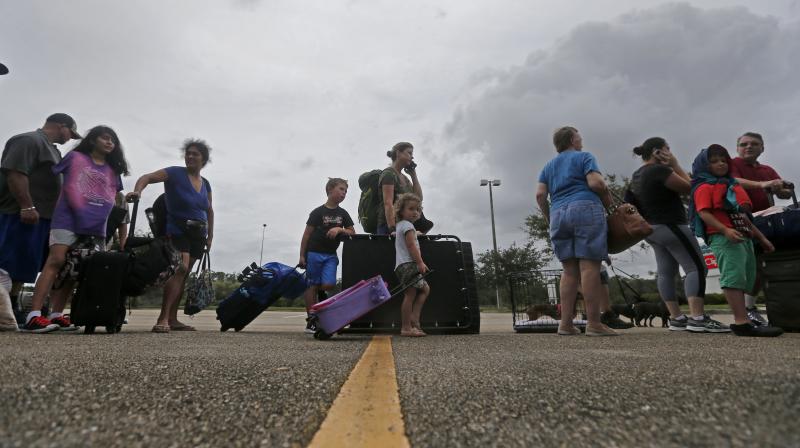 Evacuees stand in line to enter the Germain Arena, which is being used as a fallout shelter, in advance of Hurricane Irma, in Estero. (Photo: AP)

New York: About 46,000 people, including gun owners in Florida, have signed up to respond to Hurricane Irma by “shooting at” it, shocking Ryon Edwards, 22, who started the Facebook “event” page to “show Irma that we shoot first” out of “stress and boredom”.

“The response is a complete and total surprise to me. I never envisioned this event becoming some kind of crazy idea larger than myself. It has become something a little out of my control,” the Florida resident told a news website.

Irma, the most powerful Atlantic Ocean hurricane in recorded history, has already wrought destruction in the Caribbean, killing at least 22 people. It is due to hit Florida today, which has witnessed the largest ever mass evacuation due to a hurricane in American history.

Some people appear to have taken Mr Edwards’ plan of firing bullets into Irma seriously, including one Facebook user who posted an image of himself holding a gun, along with the message: “I’m not going to sit around and wait, I’m going straight into the eye.”

Others have responded with scepticism, with one user writing: “Isn’t this just going to make the weather madder?”

Since Mr Edwards came up with his “masterplan”, other similar Facebook pages have been created — including one suggesting using flame-throwers to scare away the storm.

“It’s time we took a stand against this bully!” reads the event description. “Join me in this fight as we shoot flames at Hurricane Irma and dissipate her on the spot. She will burn.”

Graphics suggesting how to shoot at the hurricane have sprung up online, with the warning that if you fire at the centre, the bullet will come back and kill you. Spots that are safe and will weaken the hurricane have been highlighted.

Plane with 22 people on board missing in Nepal's mountains