The family has one surviving daughter who was not on the plane, US media outlets reported. 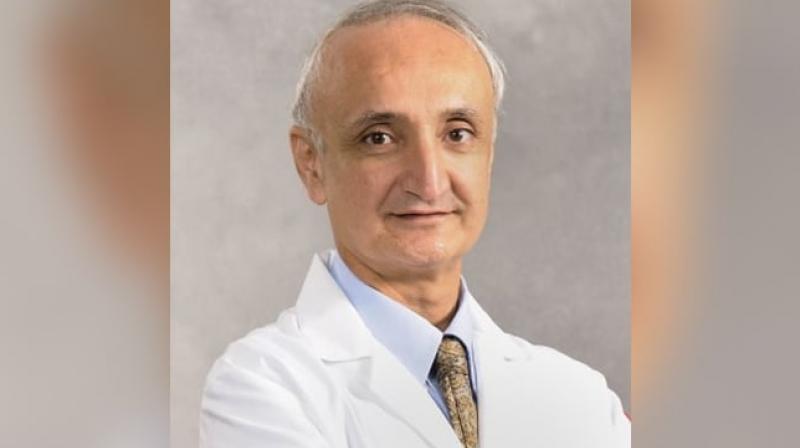 Khurana, a licensed pilot, was at the controls of the 44-year-old aircraft, which was registered to him, The Philadelphia Inquirer reported. (Photo: medicine.temple.edu)

Washington: A leading Indian-American doctor couple and their 19-year-old daughter were killed instantly when their small private plane crashed in the backyard of a suburban Philadelphia home on Thursday morning, the authorities said.

The victims have been identified as 60-year-old Dr Jasvir Khurana, his wife, 54-year-old Dr Divya Khurana, and their daughter, Kiran Khurana. The family has one surviving daughter who was not on the plane, US media outlets reported.

Khurana, a licensed pilot, was at the controls of the 44-year-old aircraft, which was registered to him, The Philadelphia Inquirer reported.

The husband-and-wife physician-researchers both trained at the All India Institute of Medical Sciences (AIIMS) and moved to the United States more than two decades ago.

The National Transportation Security Board (NTSB) said the plane left Northeast Philadelphia Airport shortly after 6 am and was heading to The Ohio State University Airport in Columbus.

The flight lasted for about three minutes before the single-engine Beechcraft Bonanza aircraft went down. The plane's final destination was supposed to be St. Louis, CBS News reported.

The police arrived at the crash site shortly after receiving a 911 call around 6:20 am and found the bodies of all three family members.

Debris could be seen strewn across a length of more than a football field that covers four yards. The aircraft came to rest in a wooded area after striking the ground, a gazebo, backyard shed, fence and several trees, NBC News reported.

No one on the ground was injured, the Upper Moreland Township Police said.

The plane hit several trees before it stopped, and the debris was spread across four backyards, said Upper Moreland Police Chief Michael Murphy said during a press briefing.

"It crashed into a yard and eventually continued on and hit several trees and a shed in a yard before coming to rest in the woods," he said.

"It's a strictly residential neighborhood. I don't know what the pilot was thinking or what he was doing but it is a miracle that no homes were struck," Murphy said.

Dr Khurana was a faculty member in the Department of Pathology at Temple University where he studied bone pathology.

"Dr. Khurana has been a valued faculty member in the Department of Pathology at the Lewis Katz School of Medicine at Temple University since 2002. Our thoughts are with his family and loved ones," the university said in a statement.

His wife, Dr Divya Khurana, was a doctor at St. Christopher's Hospital for Children.

"[Divya] was loved by her patients and students alike. Her sudden passing has left a void in the hearts of all who knew and loved her," St. Christopher's said in a statement.

Kiran, their younger daughter, graduated last year from Harriton High School in Bryn Mawr, where she was on a nationally ranked squash team and was active in theatre productions.

Chris Crane told Eyewitness News that he heard a "thunderous bang" and his house shook when the small plane crashed in his neighbour's backyard.

"I thank God that it missed our homes," Crane said.

Crane added that there was a strong smell of fuel following the crash.

"When I walked outside all you could smell was fuel, no flames, no anything else, but the smell of fuel was strong," Crane said.

Faith Stander lives a few doors down from the Khuranas. "They were just wonderful, lovely, sweet neighbours," said Stander.

Adam Gerhardt, an air safety investigator for the NTSB, told The Philadelphia Inquirer that the investigation would last several days. A preliminary report is expected in 10 to 15 days, and a final report within a year, the report said.

There is no indication the pilot made a distress call and the plane was only in the air about three minutes before the crash, the Associated Press quoted Gerhardt as saying.