The 2 gunmen, who fled have not been identified or arrested and Denney declined to discuss details of the investigation into the shootings. 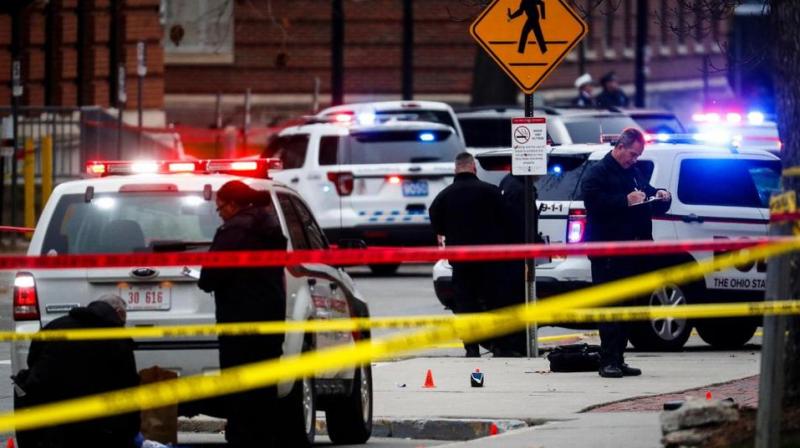 The pregnant woman later said that she lost her child, a boy, after being shot in the leg. (Photo: Representational/AP)

Cincinnati: Two gunmen opened fire at a woman’s gender reveal party near Cincinnati, wounding the expectant mother, who said she lost the baby.

Colerain Township Police Chief Mark Denney said 22-year-old Autum Garrett, of Huntington, Indiana, was killed, and eight people including the pregnant woman and three young children, ages 8, 6 and 2, were injured in the shooting on Saturday night.

The pregnant woman later said that she lost her child, a boy, after being shot in the leg.

Denney said friends and family gathered for a party to learn the gender of the pregnant woman’s unborn child when the gunmen opened fire with handguns in the living room of the home.

The two gunmen, who fled on foot, have not been identified or arrested. Denney declined to discuss details of the investigation into the shootings.

There were no indications of a forced entry by the gunmen, who entered the house through the front door, Denney said. He said it was unclear why the victims were shot.

“We don’t know if they were targeted, or this was intended for someone else,” Denney said.

Colerain Township called in the Cincinnati Police Department to process the crime scene, which included a search of the home after police obtained a warrant.