Epstein was charged with one count of sex trafficking and conspiracy, for alleged misconduct from at least 2002 to 2005. 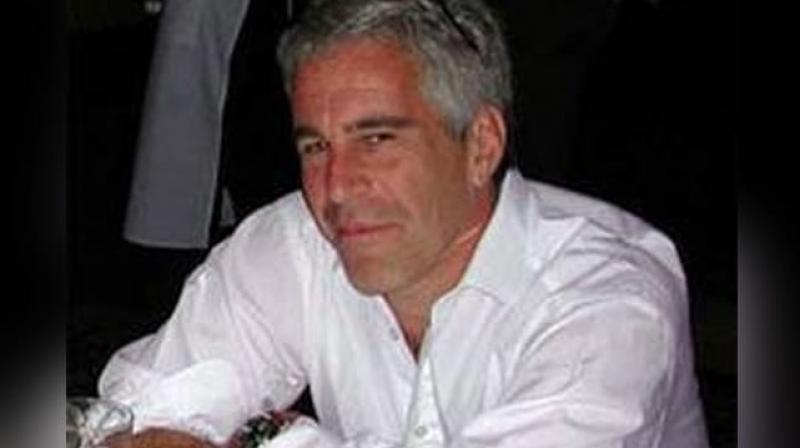 Epstein was arrested on Saturday night at Teterboro Airport in New Jersey, where he had returned on his private plane from Paris. (Photo: Facebook/ jefferyepstien)

New York: American financier Jeffrey Epstein was charged with sex trafficking on Monday, as prosecutors accused him of luring dozens of girls as young as 14 to his luxury homes in New York and Florida and paying them for sex acts.

An indictment unsealed in federal court in Manhattan accused Epstein, 66, of arranging for girls to perform nude "massages" and other sex acts, and paying some girls to recruit others.

The former hedge fund manager "intentionally sought out minors and knew that many of his victims were in fact under the age of 18, including because, in some instances, minor victims expressly told him their age," the indictment said.

Prosecutors will ask a judge that Epstein be detained pending trial because he is a "significant" flight risk, US Attorney for the Southern District of New York, Geoffrey Berman, said at a press conference.

"The alleged behavior shocks the conscience, and while the charged conduct is from a number of years ago, it is still profoundly important to the many alleged victims, now young women," Berman said. They deserve their day in court."

Epstein has said in earlier court filings that his encounters with alleged victims were consensual and that he believed they were 18 when they occurred.

His lawyer, Jack Goldberger, said before the indictment was made public that Epstein will plead not guilty. Epstein is expected to appear in court on Monday.

Epstein was arrested on Saturday night at Teterboro Airport in New Jersey, where he had returned on his private plane from Paris.

Berman said a search of Epstein's mansion in Manhattan, conducted under a search warrant, uncovered evidence including "nude photographs of what appeared to be underage girls."

He encouraged other victims to come forward and contact prosecutors.

Known for socializing with politicians and royalty, Epstein once had friends including U.S. President Donald Trump and former president Bill Clinton, and according to court papers Britain's Prince Andrew.

None of those people were mentioned in the indictment. The case is being handled by the public corruption unit of Berman's office. Berman said he would not comment on Epstein's associates and added "not to read into that one way or another."

Trump praised Epstein in an interview with New York magazine in 2002.

"I've known Jeff for fifteen years. Terrific guy," Trump said. "He's a lot of fun to be with. It is even said that he likes beautiful women as much as I do, and many of them are on the younger side. No doubt about it - Jeffrey enjoys his social life."

Epstein first came under investigation in 2005 after police in Palm Beach, Florida, received reports he had sexually abused underage girls in his mansion there.

By 2007, Epstein was facing a potential federal indictment for sexually abusing dozens of girls between 1999 and 2007, directing others to abuse them, and paying employees to bring victims to him, according to court filings.

However, Epstein struck a deal to plead guilty in 2008 to a lesser Florida state felony prostitution charge. He served 13 months in a county jail, but was allowed to leave during the day to go to his office, and agreed to register as a sex offender.

Prosecutors involved in that agreement, which has been criticized by Epstein's accusers, included Alex Acosta, then the US Attorney for the Southern District of Florida and now Trump's Secretary of Labor.

A spokeswoman for the Department of Labor on Sunday declined to comment on Epstein's arrest.

Epstein would initially recruit victims to provide "massages," which they would perform nude or partially nude, the indictment said.

Three unnamed employees, one in Manhattan and two in Palm Beach, aided Epstein by arranging some of his sexual encounters, the indictment said. Several of Epstein's accusers had challenged his Florida deal in court, saying they were denied a chance to express their views, violating the federal Crime Victims' Rights Act.

In February of this year, a US district judge in Florida agreed, saying the deal was illegal.

Even so, the US Department of Justice said in a court filing last month there was no reason to cancel the agreement.

Democrats in the US House of Representatives confronted Acosta about his role in April, during a hearing before a House subcommittee on a routine budget matter.

Acosta told lawmakers that human trafficking was "an incredibly important issue," and that his office's efforts ensured that Epstein would be punished.

"I understand the frustration," Acosta said. "It's important to understand that he was going to get off with no jail time or restitution. It was the work of our office that resulted in him going to jail."

The Justice Department is investigating whether government lawyers committed professional misconduct in the Florida case.