A Washington Post report says some 614 gigabytes of material were taken in the breaches that occurred in January and February. 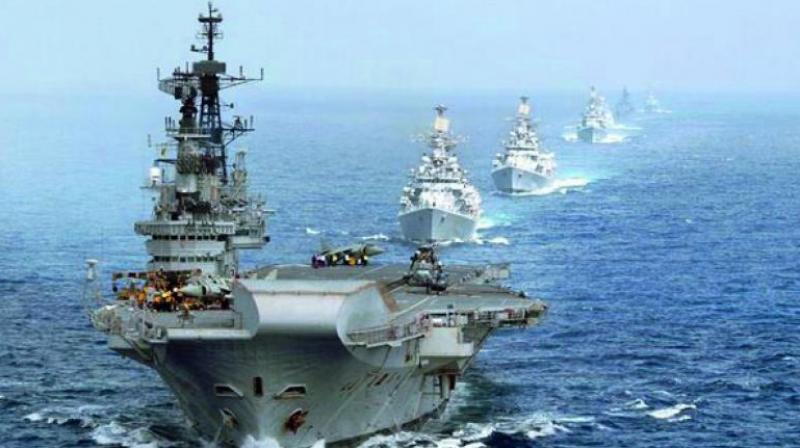 The Navy is leading the investigation into the breach with the help of the FBI, officials said. (Representational image)

Washington: Chinese government hackers have stolen a massive cache of highly sensitive data related to undersea warfare from a US Navy contractor, including secret plans to develop a new type of submarine-launched anti-ship missile, a media report said on Saturday.

Some 614 gigabytes of material were taken in the breaches that occurred in January and February. Among these were secret plans to develop a supersonic anti-ship missile for use on US submarines by 2020, The Washington Post reported.

The data was stolen by Chinese hackers by breaching into the computers of a contractor. The name of the contractor was not released by the daily.

“The breach is part of China’s long-running effort to blunt the US advantage in military technology and become the pre-eminent power in East Asia. The news comes as the Trump administration is seeking to secure Beijing’s support in persuading North Korea to give up nuclear weapons, even as tensions persist between the US and China over trade and defence matters,” The Washington Post said.

After the publication of the story, the Pentagon inspector general’s office said that Defence Secretary Jim Mattis had asked it to review contractor cyber security issues, the daily said.

The Navy is leading the investigation into the breach with the help of the FBI, officials said.

Chinese hackers have for years targeted the US military to steal information and the Pentagon says they have previously swiped crucial data on the new F-35 stealth fighter, the advanced Patriot PAC-3 missile system and other highly sensitive projects.

The Pentagon last month pulled its invitation for China to join maritime exercises in the Pacific because of Beijing’s “continued militarisation” of the South China Sea.