US offers bounty on Malala shooter, 2 other Pak Taliban leaders

According to the US State Department, Fazlullah has claimed responsibility for numerous terrorist acts against Pakistani and US interests. 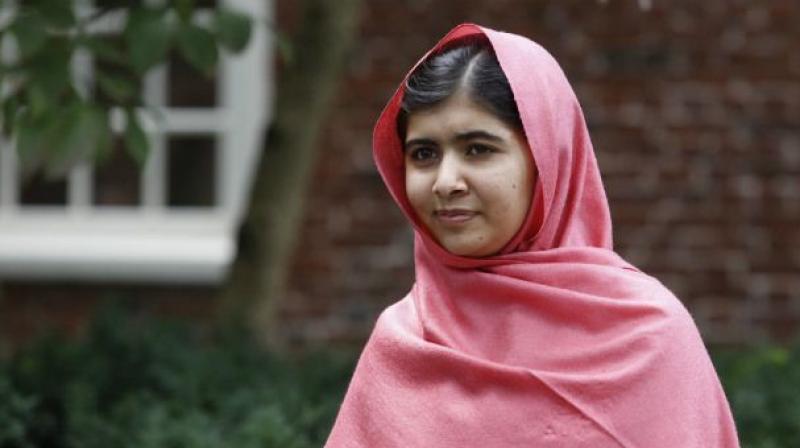 Washington: The State's Rewards for Justice Program of the US State Department is offering rewards for information leading to the identification or location of three key leaders associated with the terrorist organisation Tehrik-e-Taliban Pakistan (TTP) and its affiliated factions.

According to the US State Department, Fazlullah who is responsible the October 9, 2012, shooting of Pakistani activist Malala Yousafzai, has claimed responsibility for numerous terrorist acts against Pakistani and US interests, including the failed attempt by Pakistani national Faisal Shahzad to detonate an explosive device in New York City's Times Square on May 1, 2010.

Under his leadership, the TTP has also claimed responsibility for the December 16, 2014, attack on a school in Peshawar in Pakistan in which gunmen killed 148 people, including 132 students and for the June 2012 beheading of 17 Pakistani soldiers.

In 2015, the US State Department designated Fazlullah as a 'Specially Designated Global Terrorist' under the Executive Order 13224, which freezes all of his assets based in the US or in possession or control of US persons.

He was responsible for the killing of two Pakistani employees in the US Consulate in Peshawar in March 2016.

Mangal Bagh is the leader of Lashkar-e-Islam (LeI), a militant faction affiliated with TTP. Under his leadership, LeI operatives have attacked North Atlantic Treaty Organisation (NATO) convoys in recent years.

His group generates revenue from drug trafficking, smuggling, kidnapping and collection of "taxes" on transit trade between Pakistan and Afghanistan.

In September 2007, the Pakistan Government announced a reward offer of about USD 60,000 for the capture of, or information for Bagh's arrest.

According to the US State Department, each of these individuals is believed to have committed, or to pose a significant risk of committing, acts of terrorism that threaten the security of the US and its nationals.

"In addition to opposing the Pakistani military, one of TTP's stated goal is the expulsion of Coalition troops from Afghanistan. The group has demonstrated a close alliance with al-Qaeda, and, since 2008, it has also repeatedly publicly threatened to attack the US homeland," the US State Department added.

The Rewards for Justice Program is administered by the US Department of State's Diplomatic Security Service.

Since its inception in 1984, the programme has paid in excess of USD 145 million to more than 90 people who provided actionable information that helped to bring terrorists to justice or prevented acts of international terrorism worldwide.