'Don't detonate on patrol': Muslim police officer in US harassed by colleagues 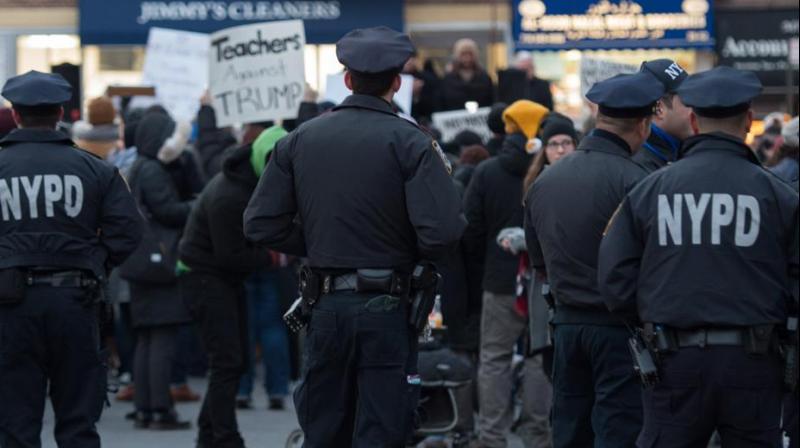 The NYPD has about 900 uniformed Muslim officers out of about 35,000, and has made public pronouncements seeking more recruits. (Photo: Representational Image/AFP)

New York: A Muslim police officer who wears a hijab said a supervisor told her not to “detonate on patrol,” just one of many instances of harassment and discrimination she said she suffered because of her religion.

Officer Danielle Alamrani filed a federal lawsuit this week. She said in her suit that others told her she was a “moving target.” She said one of the lowest points came while working on Christmas Day 2012, when fellow officers tried to rip the hijab off her head while cursing her.

Alamrani said she was punished by being assigned to bad shifts that offered little overtime. She also described a scene when a fellow officer arrested her outside of her home and detained her children for hours when a neighbour called to complain about noise.

The department’s deputy commissioner for legal matters and the city’s law department said they were reviewing the complaint.

The NYPD has about 900 uniformed Muslim officers out of about 35,000, and has made public pronouncements seeking more recruits. The department recently loosened its restrictions on beards for officers requesting a religious exemption. Alamrani is one of two women who wear a hijab at the department.

“We had a meeting with the police commissioner, he was very happy to engage with the community, with the Muslim members,” he said. Still, it’s a difficult time for Muslims in the country right now, and police officers are still human beings and “some may come with a bias,” he said.

Alamrani was hired in 2006 and converted to Islam in 2007. She filed a complaint with the U.S. Equal Employment Opportunity Commission in December 2015, and it issued a right to sue less than three weeks ago, the lawsuit said. The court papers name several individual police officers and are seeking an undeclared amount from lost wages and compensation for mental distress.

“She’s still on the job, she’s still trying to do her job,” said her attorney, Jesse Rose.