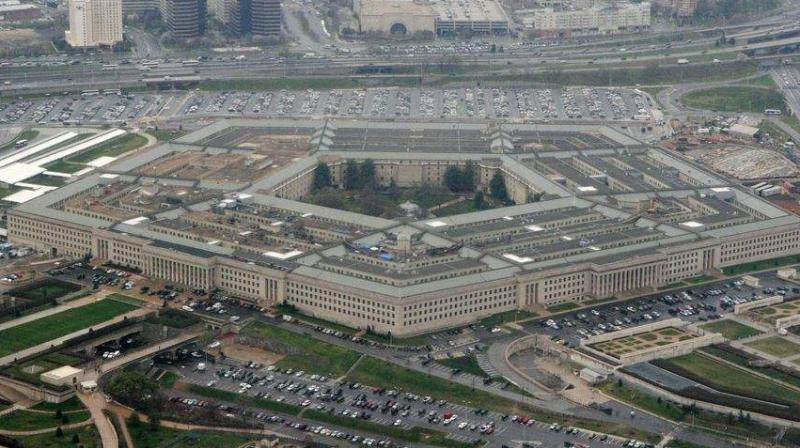 Protesters at Monday's event held placards supporting the legislation and carrying slogans such as 'Denial is not a policy', 'Stop the retaliation', and '#MeTooMilitary.'(Photo: AP)

Washington:  A group of active and retired US troops gathered in freezing temperatures outside the Pentagon on Monday to bring attention to sexual assault and harassment in the military.

The protest of about two dozen people, most of them women and none in uniform, comes amid an ongoing wave of revelations about sexual misconduct in the workplace that spawned the social media campaign with the #MeToo hashtag.

Sexual assault in the armed forces has long been a massive problem, with personnel reporting more than 20,000 allegations of sexual assault at military installations over the past four years.

But many victims never report incidents, so the real number is likely far higher, according to a Pentagon report that also found victims often face retaliation for coming forward.

Democratic Senator Kirsten Gillibrand has sponsored legislation that would make it easier for victims to speak out and "remove the systemic fear that survivors of military sexual assault describe in deciding whether to report the crimes committed against them," her website states.

Protesters at Monday's event held placards supporting the legislation and carrying slogans such as "Denial is not a policy", "Stop the retaliation", and "#MeTooMilitary."

"DoD encourages greater reporting of sexual assault to connect victims with restorative care and as an important means to hold offenders appropriately accountable," he said in a statement.

The Defence Department "understands that it has an important voice in the national conversation about sexual assault and sexual harassment; we are committed to sharing our successes and challenges in hopes that what we learn can benefit US society as a whole."