Japan asked for 1 sex slave for every 70 soldiers in WW2 to 'prevent rape, disease'

The sex slaves issue has been a source of a painful dispute between South Korea and Japan. 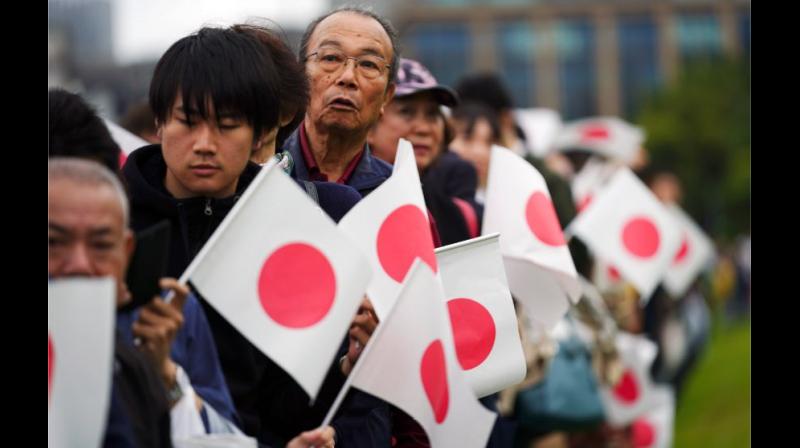 Presumably, the records imply that the women referred to as 'geisha' might have come on their own, as opposed to sex slaves, who were coerced. (Photo: File | Representational)

Tokyo: Japan's army during World War II asked the government to provide one sex slave for every 70 soldiers, according to historical documents reviewed by Kyodo News service that highlight the state role in the so-called 'comfort women' system.

The 23 documents were gathered by Japan's Cabinet Secretariat between April 2017 and March 2019, including 13 classified dispatches from the Japanese consulates in China to the Foreign Ministry in Tokyo dating back to 1938, according to Kyodo.

The sex slaves issue has been a source of a painful dispute between South Korea and Japan.

The women were from Korea, Taiwan and Australia, the Philippines as well as Japan.

In 1993, then-Chief Cabinet Secretary Yohei Kono, the government spokesman, apologized for the “comfort women” system and acknowledged the Japanese military’s involvement in taking women against their will.

It says “at least 500 comfort women must be concentrated here by the end of April" for Japanese soldiers.

Presumably, the records imply that the women referred to as “geisha” might have come on their own, as opposed to sex slaves, who were coerced.

Another dispatch from the consul general of Qingdao in Shandong province in China says the Imperial Army asked for one woman to accommodate every 70 soldiers, while the navy had requested 150 more comfort women and geisha, Kyodo said.

The number of sex slaves is not certain, but historians say they numbered in the tens of thousands or more, and their purpose was to prevent the spread of disease and curtail rapes among soldiers.

Japan's colonization and wartime record continue to strain relations with Asian neighbors. The Japanese government says reparations are settled but it has set up funds to support the victims. That has had mixed results with continued demands for a more thorough apology. Lawsuits are ongoing in South Korea.

Some have denied official Japanese involvement, and think the women were prostitutes who came of their own accord.

More recently, the sour relations between Japan and South Korea have affected trade and tourism and set off other controversies, including one earlier this year over the display of a statue depicting a young “comfort woman.”