Beyond the criminal cases, more than 100 women and girls are suing Nassar. 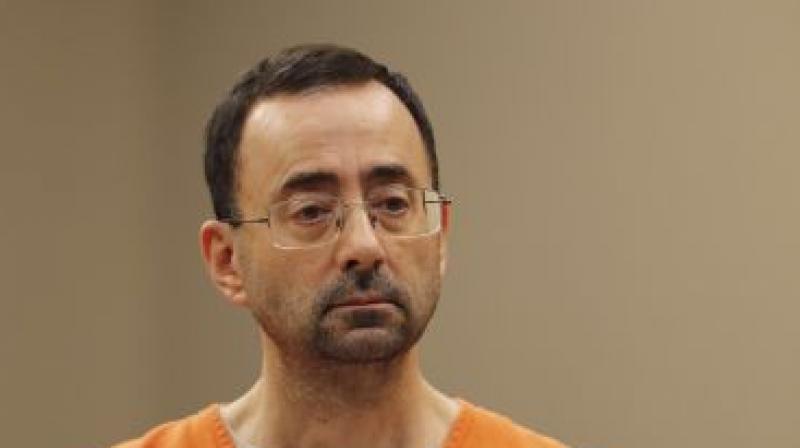 Michigan: A former elite sports doctor whose sexual assault cases have rocked Michigan State University and the group that trains US Olympic gymnasts was sentenced Thursday to 60 years in federal prison for possessing thousands of images of child pornography.

It’s the first of three prison sentences for Larry Nassar, who will learn his punishment in state court in January after pleading guilty to using his hands to molest girls at his campus office, his home and at a gymnastics club near Lansing, Michigan, sometimes with parents in the room.

McKayla Maroney, a member of the 2012 gold medal Olympic team, attended the court hearing after describing Nassar as a “monster” in a letter to US District Judge Janet Neff. She and Olympic gymnasts Aly Raisman and Gabby Douglas say they are among his assault victims. Nassar said he has an addiction.

“You go back and you wonder how I got down this path to begin with,” he told the judge. “I really did try to be a good person. … I hope one day I can be forgiven, and I’m going to take every day of your sentence to try to better myself.”

Neff followed the government’s recommended sentence, saying Nassar “should never again have access to children.” She said the federal sentence won’t start until he completes his sentences for assault, which effectively means the 54-year-old won’t be free again. Nassar faces at least 25 years in prison in the other cases.

The courtroom was filled with many women who said they were assaulted years earlier by Nassar. In her letter to the judge, Maroney said she was assaulted in Texas, London and Tokyo. “She has transformed from a bubbly, positive, loving, world-class athlete into a young adult who was deeply depressed, at times suicidal and essentially descended into an emotional abyss,” Maroney’s mother, Erin Maroney, said in a separate letter.

Beyond the criminal cases, more than 100 women and girls are suing Nassar. Michigan State and USA Gymnastics also are defendants in many cases.

In a statement, Michigan State said the 60-year sentence “represents another important step toward justice for the victims.” But victims and lawyers have been deeply critical of the school, claiming campus officials failed to recognize years ago that Nassar was a threat.

John Manly, an attorney representing many women and girls in lawsuits, said negotiations with Michigan State and a mediator failed to lead to an agreement this week. The university declined to comment on the litigation but said it “unequivocally denies” any suggestion of a cover-up.

“MSU trustees and other high-ranking officials have characterized all of us as ambulance chasers looking for a payday,” Rachael Denhollander of Louisville, Kentucky, said at a news conference after the court hearing.

Nassar has admitted assaulting Denhollander when she was a teenager in 2000.