US to grant USD 500,000 to NGO that promotes religious freedom in India 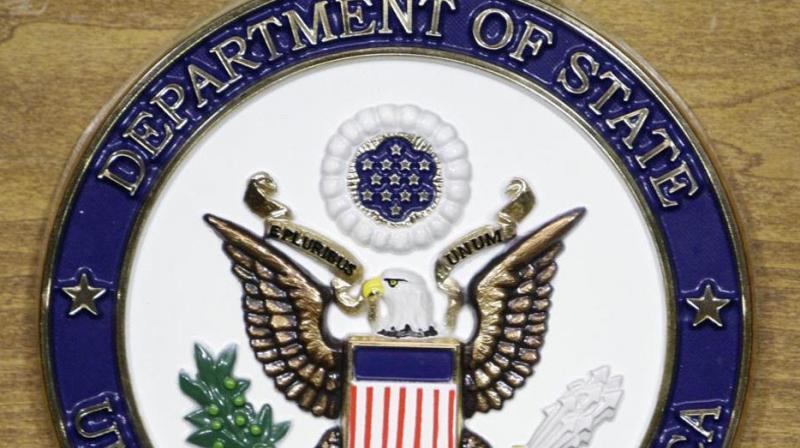 Washington: The US has announced a grant of nearly USD 500,000 for a non-governmental organisation to come up with proposals to develop early warning systems for “reducing religiously-motivated violence and discrimination” in India.

The US State Department also announced a similar grant for Sri Lanka.

The Department of State, Bureau of Democracy, Human Rights and Labor, in its notice of funding opportunity, said through its USD 493,827 India programme, it seeks to “reduce religiously-motivated violence and discrimination in India”.

The State Department said the NGOs applying for the grant should come out with proposals to develop and implement early warning systems to mitigate large-scale violence and implement conflict mitigation programmes between minority and majority groups.

The applicants also need to come out with ideas for successful programme activities to counter hateful or discriminatory public messages with positive messages.

They should also have proposals to educate civil society and journalists about legal protections for religious freedom, particularly for members of religious minorities; document and report religious freedom violations to authorities; and educate law enforcement on human rights standards.

Among other proposals could be ideas to engage law enforcement to better protect rights of religious minorities, including preventing incidents of discrimination and violence and holding perpetrators accountable, the State Department said.

The State Department did not respond immediately to a set of questions on the necessity of such a grant amounting to nearly USD 500,000.

According to the information available on the State Department website, the Bureau of Democracy, Human Rights and Labor supports over 28 democracy, human rights and labour programmes in South and Central Asia (SCA).

Current funding for these programmes in South and Central Asia exceeds USD 17 million.

Programme topics include media innovation and development, gender advocacy and equality, and improving protections for political, labour and human rights.

India is not among the countries listed by the State Department as recipient of these funding programmes.

The countries currently receiving grants from US in the region are Afghanistan, Bangladesh, Kazakhastan, Kyrgyzstan, Nepal, Pakistan, Tajikistan, Turkmenistan and Uzbekistan.

For Sri Lanka, the State Department notice of funding opportunity said it seeks to ensure that authorities at all levels of government in Sri Lanka effectively implement national laws and policies protecting religious freedom.

In its latest International Religious Freedom report, the State Department said Christian and Muslim activists stated the government was not doing enough to protect them against religiously motivated attacks.

There were reports of religiously motivated killings, assaults, riots, discrimination, vandalism and actions restricting the right of individuals to practice their religious beliefs and proselytise, it said.

There was an increase in violent incidents by cow protection groups against mostly Muslim victims, including killings, mob violence, assaults, and intimidation. Hindus threatened and assaulted Muslims and Christians and destroyed their property, it added.

During his confirmation hearing last month, the new US Ambassador-designate to India, Ken Juster said that human rights and religious freedom would be one of his priority areas during his assignment in New Delhi. Juster was confirmed by the Senate last week.