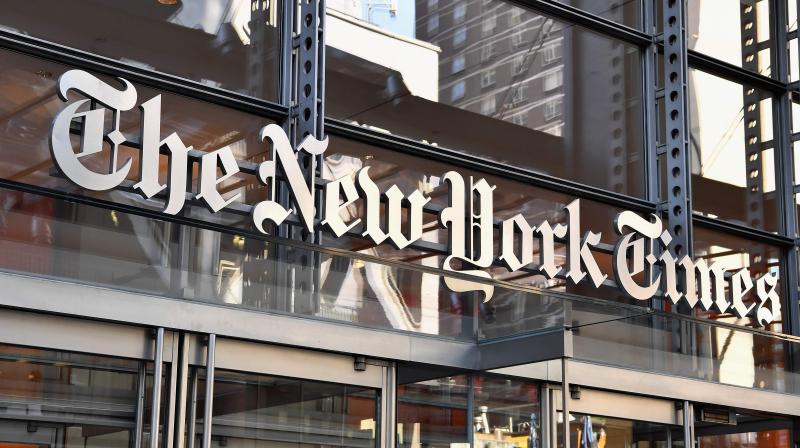 The New York Times has come under fire after it published an editorial on June 3 from U.S. Senator Tom Cotton, a Republican from Arkansas, titled “Send in the Troops.” Cotton wrote that an “overwhelming show of force” would restore order after protests spread across the country, some of which turned violent.

Bennet and a representative for Cotton could not be reached for comment.

The column drew criticism from inside and outside the New York Times newsroom as some readers and journalists interpreted the column as advocating actions that would put protestors and reporters in danger.

Initially, New York Times Publisher A.G. Sulzberger stood behind publishing the column. “I believe in the principle of openness to a range of opinions, even those we may disagree with, and this piece was published in that spirit,” he said in an email to the staff on Thursday, according to a New York Times account.

By Sunday, Sulzberger said in a note sent to staff that was seen by Reuters: “Last week we saw a significant breakdown in our editing processes, not the first we’ve experienced in recent years.”

The protests for racial justice first erupted 13 days ago after video footage emerged showing George Floyd, a 46-year old unarmed black man in handcuffs, lying face down on a Minneapolis street on May 25 as a white police officer knelt on his neck for nearly nine minutes.

Bennet will be replaced by Katie Kingsbury. Bennet had been the editorial page editor since 2016. He had helped expand the range of voices the paper published and explore new formats, according to Sulzberger’s note sent to staff.

Before joining the New York Times as an editor, Bennet was the editor-in-chief of news magazine The Atlantic. He was in the running for the top job at The New York Times when Executive Editor Dean Baquet steps down, according to newsroom sources.

Bennet’s resignation comes as a number of newsrooms across the United States examine their own track record with diversity and sensitivity to issues to people of color.

On Saturday, the top editor of the Philadelphia Inquirer, Stan Wischnowski, resigned after employees walked out in protest over a headline “Buildings Matter, Too,” on a story about the impact of civil unrest on property.

“Stan Wischnowski has decided to step down as Senior Vice President and Executive Editor and to move on to the next chapter of his career,” Philadelphia Inquirer Publisher and CEO Lisa Hughes said in a prepared statement.