State of Emergency declared in New York after virus kills 19

Gov. Andrew Cuomo declared a state of emergency to bolster the medical response to the outbreak, as statewide total doubled from 44 cases 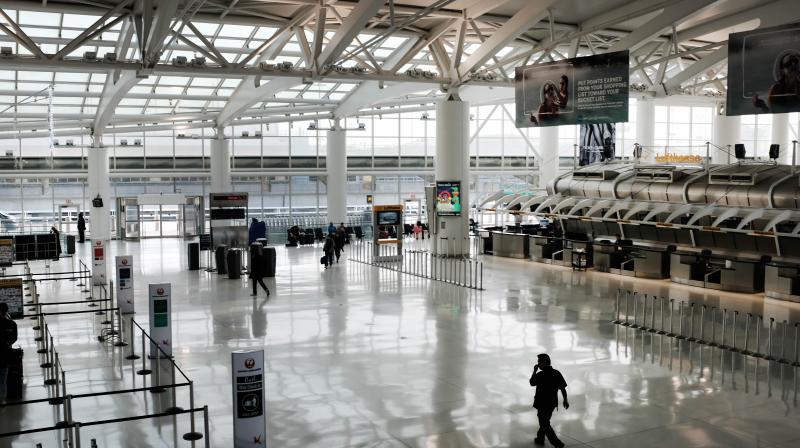 New York: Officials announced Saturday that New York state’s coronavirus caseload is on a steady rise, now up to 89. Gov. Andrew Cuomo declared a state of emergency to bolster the medical response to the outbreak, as the statewide total doubled from the 44 cases heading into the weekend. No one has died from the new virus in the state.

Here’s a look at the latest developments:

Of the new cases, seven are in New York City, bringing the caseload there to 11. The new cases in the city include two people who got off a cruise ship and a driver for taxi or ride-sharing services in Queens, officials said.

Two residents of Saratoga County — a pharmacist and a woman who came in contact with an infected person at a conference in Florida — are also counted in the new total. Their cases are the first ones outside of the New York City region.

Statewide, 10 people have been hospitalized.

Of those cases, by far the largest concentration — 70 — is in Westchester County, north of New York City. Officials initially announced 23 new cases there since the last count on Friday, before issuing a release Saturday evening announcing 13 additional cases in the state, all in Westchester County.

The Westchester outbreak has been traced to a synagogue in New Rochelle where the congregation was asked to self-quarantine earlier in the week after a person in the community was hospitalized with the illness. Since then, a growing number of friends and relatives of the patient, a 50-year-old lawyer who works in Manhattan, have tested positive.

“Westchester is obviously a problem for us,” Cuomo said. “They talk about contagion in clusters, and then the clusters tend to infect more and more people.”

As a precaution, nursing homes in that immediate area of the Young Israel of New Rochelle synagogue will suspend outside visitors, the governor said.

The risk that the virus could quickly spread and cause fatalities among nursing home residents “is what I worry about,” the Democrat said. “That’s what keeps me up at night.”

State officials say the state of emergency will clear the way for more testing by allowing qualified professionals other than doctors and nurses to conduct the tests.

More testing that could detect additional cases “is good news because we know who these people are and can put them in isolation,” the governor said.

The emergency will clear the way for purchases of more supplies and the hiring of workers to help monitor self-quarantined patients, Cuomo added.

“Somebody has to go knock on their door, once a day,” he said. “This is labor intensive.”

It is also expected to provide a basis for investigating price-gouging. Cuomo cited one report of a retailer trying to charge $80 for a bottle of hand sanitizer.

“I want businesses to be aware that you can lose your license because of price gouging,” the governor said. “Not only is it disrespectful, it’s also illegal. And you will be caught.”