In a second day of testimony, Kalanick maintained he did not ask for proprietary data when he hired a star engineer from Google. 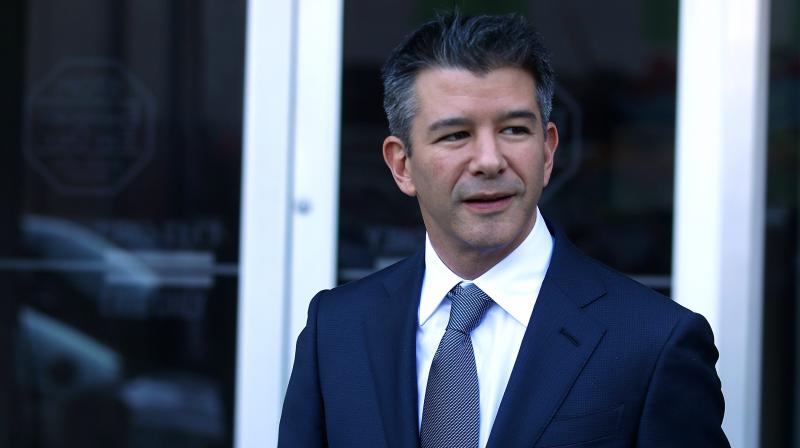 Travis Kalanick also said he was not told by Levandowski that he would bring Google secrets to Uber, or that he had downloaded files from the rival company. (Photo: AFP)

In a second day of testimony in the trial pitting former Google car division Waymo against Uber, Kalanick maintained he did not ask for proprietary data when he hired a star engineer from the technology giant.

Under questioning from Uber attorney Karen Dunn in the federal court trial, Kalanick acknowledged that Uber wanted to lead the race for self-driving car technology and added that his "number one priority (was) getting the best engineers."

Kalanick said he hired Anthony Levandowski -- who has been accused of downloading thousands of documents before leaving Google -- "because we thought he was incredibly visionary."

Asked if he requested Levandowski to bring information from Google to Uber, Kalanick replied, "No."

He also said he was not told by Levandowski that he would bring Google secrets to Uber, or that he had downloaded files from the rival company.

But in earlier questioning by Waymo attorney Charles Verhoeven, Kalanick was confronted with embarrassing documents and exchanges with Levandowski.

Asked the meaning of a text message in which he told Levandowski to "burn the village," Kalanick said, "I don't know, I don't remember."

The jury was also shown a clip -- sent from Levandowski to Kalanick --  from the 1987 film "Wall Street" in which the Michael Douglas lead character proclaims "greed is good."

"You wanted to win, right?" Verhoeven asked just before showing the film excerpt.

Kalanick also acknowledged that he signed documents authorizing Uber to indemnify Levandowski against any claims from Google over misappropriated technology, but said he did not read the papers.

"I never read the indemnification agreement," Kalanick testified, maintaining that he trusted his legal advisers.

"As a CEO, you get literally hundreds of documents to sign each month... the CEO can't read every document."

Kalanick's court appearance -- his first in public since being ousted as Uber CEO last year -- could be a key to deciding the case pitting two prominent Silicon Valley firms racing for the lead in autonomous driving.

Alphabet's Waymo division is seeking at least $1 billion over the theft of secrets from its self-driving car program in the trial before federal judge William Alsup.

If Waymo prevails, the trial could deal a severe blow to Uber's efforts to widely deploy self-driving vehicles as part of its ridesharing operations -- a field that also includes Waymo and other rivals.

The trial comes with Uber seeking to turn the page following a series of scandals over alleged misconduct and a cut-throat workplace culture, as new chief executive Dara Khosrowshahi strives to prepare for a stock market debut in 2019.