A top White House official expressed hope that India would be granted NSG membership 'not before too long'. 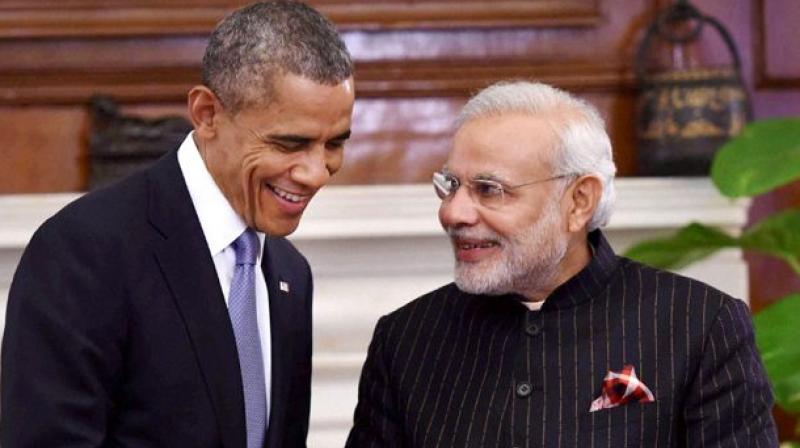 Washington: Describing the counter-terrorism cooperation between India and the US under the eight years of Obama Administration as "incredibly successful", a top US official has said this has not only "diminished the threat" of terrorism in the two countries, but also foiled several terror plots.

"I can tell you quite definitively that due to our partnerships, several terrorism plots were foiled. Indian lives and American lives were saved because of this partnership," said Peter Lavoy, Senior Director for South Asian Affairs at the National Security Council, White House.

"So it's a very significant development and I think, it can continue," Lavoy told PTI.

On India not becoming a member of Nuclear Suppliers Group (NSG) under the watch of US President Barack Obama, Lavoy expressed hope that it would be granted membership of the elite group "not before too long" as work is in progress.

"So, are we disappointed that India has not become a member (of NSG) so far? Yes, probably. But we also recognise that the NSG has to work through the procedures and its own other standings on how to consider non-NPT (Non-Proliferation Treaty) membership into the NSG.

"So, that's not a trivial issue. But we would hope that there India would be granted membership not before too long," he said answering a question on India being unable to become a member of NSG mainly due to the opposition from China.

He said that under the Obama Administration, which took over the reins of the country a few months after 26/11, counter-terrorism cooperation between the two countries have reached a new height in the last eight years.

"I think, the partnership with India, in combating terrorism has really been incredibly successful," he said, adding that the two countries now have dialogues on counter-terrorism at multiple levels.

Lavoy said the US remains concerned about al-Qaeda, though the outfit's activities in the Af-Pak region have been significantly disrupted because of continuous efforts.

"We (also) remain concerned about ISIL. This is something hat President Obama has talked about in his State of the Union and other addresses on the threat that both of these groups pose to the United States.

"And we would continue to take steps to counter them. We expect that those policies would continue. This is bipartisan in the vital interest to the United States," he said, adding that cooperation on counter-terrorism issues "diminished the threat" to the two countries and is of incredible importance.

"I would highlight those US-India consultations about terrorist threats not only that are against India or the United States but throughout the region is an important hallmark and feature of our new and expanded counter-terrorism cooperation," Lavoy said.

He also said the US does think that "any regional dialogue between India, Pakistan for including Afghanistan and others to counter terrorism would be desirable".

"Terrorism is a threat to all of us and no country will be safe, unless terrorism is irradiated in every other country, especially in the neighbourhood," Lavoy said.

"President Obama has taken it into an unprecedented level of co-operation for mutual benefit," Lavoy said. When Obama came to office in 2009, he noted that there was still a very strong trust deficit between the leadership in Washington and the leadership in Delhi.

"What I have been very very pleased to see that the trust deficit has significantly diminished. Now the leaders of both countries, senior officials of both countries interact as familiar and trusted partners on a whole wide range of issues, whether it is cyber defense, terrorism, or any other issue," Lavoy said.

"It is something, I think here your leadership should be aware of because what happens in the internal meetings the level of trust and mutual appreciation that takes place in these meetings has been a very palpable change over the last eight years," the official said.

"A lot of the credit goes to the personalities, President Obama and Prime Minister Manmohan Singh before and more recently Modi. They had the vision, they had the recognition that the pursuit of both countries interests cannot be accommodated fully without the full contribution of the other country. And they managed to overcome the barriers ofpartnership, the suspicions, the skepticism and giving now giving the benefit of the doubt to the other one," Lavoy said.

"And today there is no issue of significance to the US, where we do not consider how we can cooperate with India. I suspect the same would be said by our counterparts in Delhi as well. This is a very significant change. As I said earlier, we fully suspect this kind of behavior, kind of orientation will continue for many many years to come to the benefit of both of our population," the White House official said.