US girl's hijab removed, handcuffed at school after being called terrorist 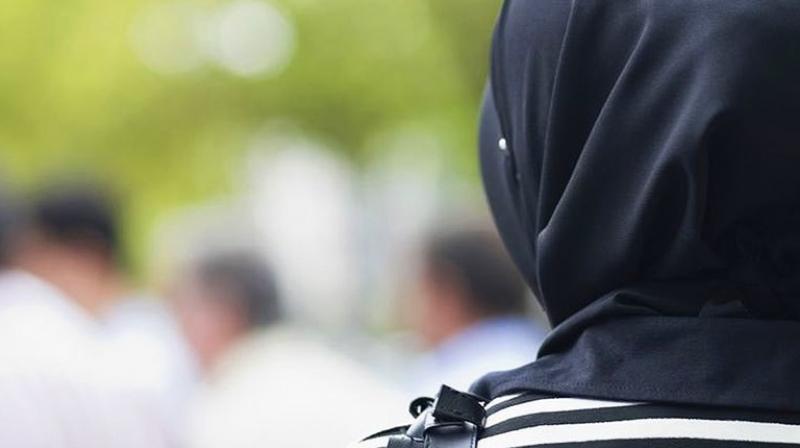 The girl has accused school security of removing her hijab and handcuffing her after she had an altercation with a fellow student. (Representational image: AFP/File)

Washington: A 15-year-old Muslim girl in the US has accused school security of removing her hijab and handcuffing her after she had an altercation with a fellow student who called her a "terrorist".

The security guard at the Apple Valley High School, Minnesota, has been placed on administrative leave after responding to a fight involving the Muslim student, who accused school security of using excessive force, the Star Tribune reported.

A spokesperson for the Apple Valley area school district said the security guard was on leave pending the completion of an investigation into the fight last Thursday after the 15- year-old sophomore was arrested and removed from the school.

The Minnesota chapter of the Council on American-Islamic Relations (CAIR) said the student reported that she had been verbally harassed and called a "terrorist" by a male student.

The group said an altercation between the students ensued and the security guard intervened, along with the school resource officer, a police officer assigned to the school.

"The security guard focused completely on her. He proceeded to grab her," Jaylani Hussein, executive director of the Minnesota chapter of CAIR, said. The school resource officer called for backup and about three Apple Valley police officers responded.

The girl was taken to the Apple Valley Police Department and questioned and later released. She later alleged that the school resource officer pulled off her hijab after putting handcuffs on her.

"I'm scared for my safety at Apple Valley High School. I feel very threatened," the girl was quoted as saying.

The Apple Valley Police Department said it is investigating the fight and so far there is no indication that any racist language was used during the conflict.

The student was initially suspended following the fight, but later she was allowed to return to the school.

The Minnesota chapter of the Council on American-Islamic Relations, or CAIR-MN, want the security officer and the police officer investigated for allegedly using excessive force against the female Muslim student.

The organisation said that it has received a dozen complaints from Muslim students at the school who feel unsafe due to the incident and others like it involving the same officer.

"We are concerned about the apparent use of excessive force in this incident and about the suspension of the Muslim student, who appears to have been a victim of bullying," Hussein was quoted as saying by the Pioneer Press.

"We are also concerned about the growing number of Muslim students who report feeling unsafe because of how this incident was handled by the school officers," he said.