US ready to support India in diversifying its energy imports 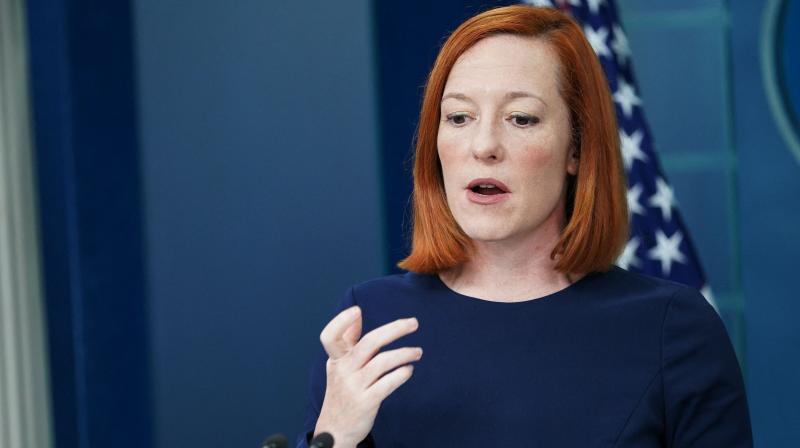 Washington: The US stands ready to support India in diversifying its energy imports, the White House has said, reiterating its desire that New Delhi does not purchase oil from Russia amid American sanctions on Moscow for attacking Ukraine.

The remarks made by White House Press Secretary Jen Psaki on Wednesday come amid increasing disquiet in the West over India's indication to buy larger volumes of discounted crude oil from Russia.

On Monday, the White House said the US views that it is not in India's interest to "accelerate or increase" imports of Russian energy and other commodities while offering to work with New Delhi to help it reduce its reliance on imports from Moscow.

We do not think India should accelerate or increase imports of Russian energy and other commodities even as, obviously, those decisions are made by individual countries, Psaki told reporters at her daily news conference.

And (the US is) also making clear that we stand ready to support India as in any efforts to diversify its imports and serve as a reliable supplier even as they're only importing about one to two per cent of their oil from Russia, she said in response to a question.

India gets the bulk of its energy supplies from the Middle-East and around 7.5 to 8 per cent from the US, while the procurement from Russia in the past was less than one per cent.

Asserting that India is strongly against the Russia-Ukraine conflict as no solution can be arrived at by shedding blood, External Affairs Minister S Jaishankar on Wednesday said that if New Delhi has chosen a side, it is the side of peace and an immediate end to violence.

Jaishankar also said that attributing a political colour to India's actions in the wake of the Ukraine situation was uncalled for and unfair.

US Deputy National Security Advisor Daleep Singh was in New Delhi recently to discuss with Indian officials on the Russian sanctions.

We have a range of ways to communicate and engage. And obviously, sending our Deputy National Security Advisor is an example of that. But clearly, our preference would be to have a confirmed ambassador, Psaki said.

The nomination of US Ambassador to India Eric Garcetti, the Mayor of Los Angeles, is pending in the US Senate as he does not have enough votes for his confirmation, she said.

Our preference is always to have a confirmed ambassador on the ground. It's an incredibly important diplomatic position. We also engage with countries through a range of channels. And obviously, our deputy National Security Advisor was just in India recently in the last few weeks, conveying clearly what the consequences of violating sanctions would be and what the mechanisms are, Psaki said.

External Affairs Minister Jaishankar on Friday held talks with his Russian counterpart Sergey Lavrov, a day after the US warned of consequences over attempts to "circumvent" American sanctions against Moscow.

In his opening remarks at the talks, Jaishankar, referring to the Russia-Ukraine conflict, said India is in favour of resolving differences and disputes through dialogue and diplomacy.

"We have diversified our cooperation by expanding our agenda. Our meeting today takes place in a difficult international environment apart from the pandemic," he said.