State Department official says US concerned about the situation in India 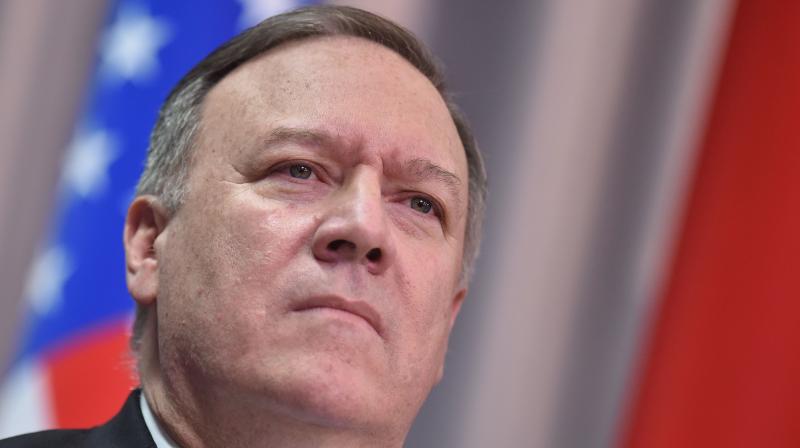 Washington: In a development that the BJP government in New Delhi will watch warily, the U.S. has announced the launch of an International Religious Freedom Alliance, which will purportedly try to adopt a collective approach in protecting and preserving religious freedom across the world.

Twenty seven countries are partners in this alliance, including Israel. Some of the other members are Austria, Brazil, the United Kingdom, Israel, Ukraine, the Netherlands and Greece.

Announcing the alliance, US secretary of state Mike Pompeo said these are "like-minded partners who treasure, and fight for, international religious freedom for every human being".

The BJP government will be gratified that Pompeo mentioned the Hindus of Pakistan, very much on the Narendra Modi government’s mind these days, in his speech. "We condemn terrorists and violent extremists who target religious minorities, whether they are Yezidis in Iraq, Hindus in Pakistan, Christians in northeast Nigeria, or Muslims in Burma," he said.

In the light of this development, the news agency PTI reported Wednesday that the US has expressed concern over the current situation of religious freedom in India and has raised the issue with Indian officials.

A senior State Department official, speaking on the condition of anonymity, told reporters that he visited India recently and met with officials to discuss the religious situation and and conveyed the US concern.

India is currently in the throes of widespread protests by Muslims who find the new Citizenship Amendment Act discriminatory.

In his speech at the launch of the International Religious Freedom Alliance, Pompeo pulled no punches. "More than eight in 10 people in the world today live where they cannot practice their faith freely," he said.

“We condemn blasphemy and apostasy laws that criminalise matters of the soul. We condemn the Chinese Communist Party's hostility to all faiths. We know several of you courageously pushed back against Chinese pressure by agreeing to be part of this Alliance, and we thank you for that."

At the launch, a senior State Department official briefed reporters about what kind of work the alliance will do. “The areas will include things like technology and religious oppression, blasphemy and apostasy laws, for instance. The toolbox will include things like, whether it's putting out statements, actions that can take place in international bodies that the group can come together and hopefully come behind, the possibilities of sanctions being used," the official was quoted as saying by PTI.