Jihadist bosses in war of words over future caliphate 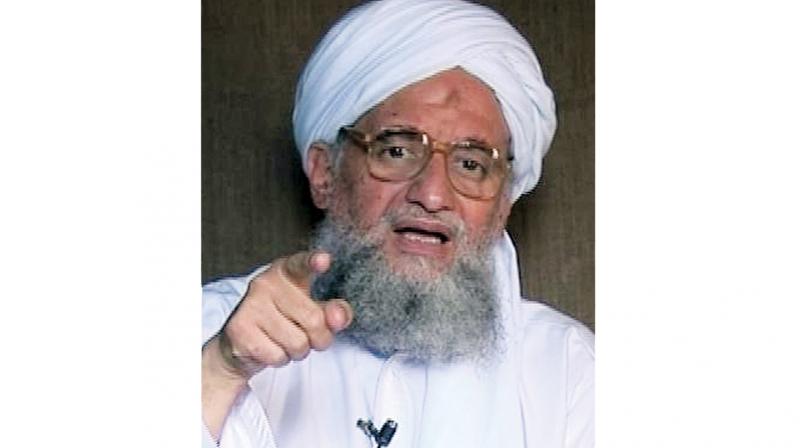 Washington: Al-Qaeda leader Ayman al-Zawahiri has denounced what he said was a dishonest propaganda campaign by rival Islamic State (ISIS) against his organisation, in an audio message released on Thursday.

In the message found and translated by US-based watchdog the SITE Intelligence Group, the Egyptian extremist accuses ISIS leader Abu Bakr al-Baghdadi of slandering his group.

Al-Qaeda, founded by the late Osama Bin Laden, is locked in a battle with the ISIS, which sprang from its Iraqi faction, for the leadership of a global jihad.

In his message, the 65-year-old Zawahiri complained that Al-Baghdadi had alleged that Al-Qaeda opposed sectarian attacks on Shias and was prepared to work with Christian leaders.

“The liars (ISIS) insist upon their falsehood, to the extent that they claimed we do not denounce Shias,” Zawahiri said, according to the translation of the message, which was released by Al-Qaeda’s media arm.

Zawahiri denied he had said that Christians could be partners in the governance of a future  Islamic caliphate, having only said that they could go about their affairs within it.

“What I have said is that they are partners in the land such as agriculture, trade and money, and we keep their privacy in it, in accordance with the laws of our Sharia,” he said.

He insisted that he had not called for Shias to be spared, but had suggested focusing attacks on Shia-led Iraqi forces and not on random atrocities against civilians.

“I had told them several times to stop explosions in markets, husseiniyats and mosques, and to concentrate on military, security and police forces and Shia militiamen,” he said.

A husseiniyat is a place of worship for Shias and the Iraqi security forces, in their battle against the ISIS, are backed by Shia militias. The ISIS and Al-Qaeda have carried out hundreds of attacks on civilian targets.