Pak has no moral ground to plead Kashmir's case: US based Mohajir leader

The group seeks for complete autonomy to all ethnic entities and regions that are part of Pakistan's own territory. 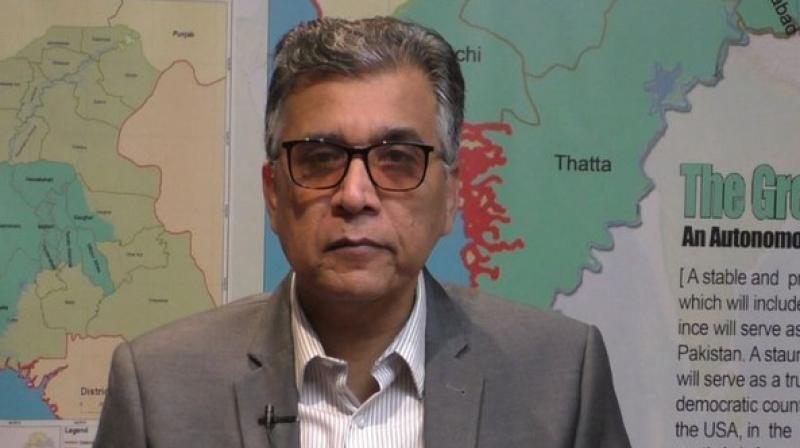 Washington: A US-based group representing expatriate Mohajirs on Monday called for the creation of an autonomous "Greater Karachi" within Pakistan.

The demand came in soon after India moved to end Kashmir's special status.

The group seeks for complete autonomy to all ethnic entities and regions that are part of Pakistan's own territory.

"Until Pakistan affords the same rights it is demanding for Kashmiris to its own Mohajir, Baloch, Pashtuns and Hazarah citizens, it has no moral right to speak on behalf of Kashmiris," Voice of Karachi (VOK) chairman Nadeem Nusrat told ANI.

As India revoked Kashmir's special status, in anticipation of the announcement, the Pakistani Foreign Ministry condemned the Indian announcement as a violation of United Nations resolutions, saying in a statement on Monday that "Pakistan will exercise all possible options to counter the illegal steps."

Nadeem Nusrat, who is in self-exile in the US, said Pakistan has no moral ground to plead Kashmiris case at any regional or international forum if it is depriving its own citizens of their fundamental human rights.

"While Pakistan demands right to a referendum in Kashmir, is it willing to grant the same right to its own disgruntled ethnic minorities?", asked Nadeem Nusrat.

"For decades, Pakistani ministers have been publicly conducting meetings with Kashmiri separatist leaders overseas. How would Pakistan react to Indian minister's meetings with exiled Mohajir, Baloch and representatives of other persecuted ethnic or religious minorities of Pakistan?," the Mohajir leader further added.

Nusrat asserted that a global campaign will soon be launched to intensify its efforts in demanding the restructuring of Pakistan. The campaign will be in accordance with the true spirit of the 1940 Lahore Resolution and as per the aspirations of Mohajirs, Baloch, Pashtuns and people of Gilgit Baltistan.

The Voice of Karachi chairman said that his organization has already published the proposed map of the Greater Karachi and will soon issue the chief articles of its proposed constitution a day before Pakistan's Independence Day.