The girl's family filed a complaint against United Airlines for neglecting to detain Krishnappa after the alleged assault, the report said. 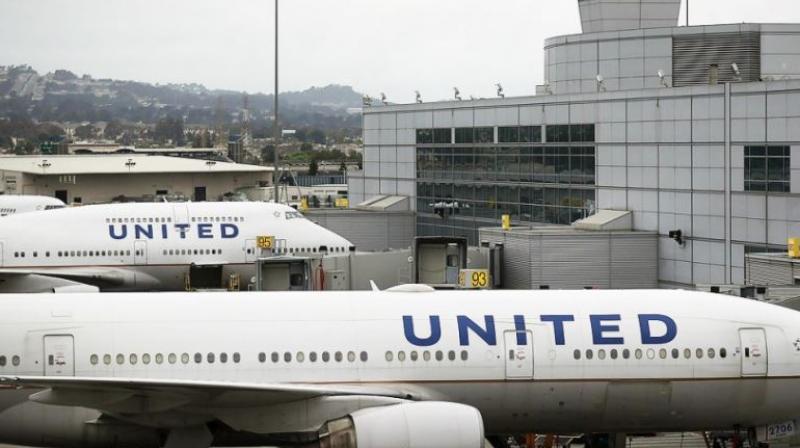 The 16-year-old girl, who was travelling alone on July 23, was asleep on the flight, when a stranger's hand on her thigh awakened her, the Washington Post reported. (Photo: AFP)

New York: A 28-year-old Indian doctor has been arrested for allegedly groping a minor girl who was sitting next to him on a New Jersey-bound United Airlines flight, according to media reports.

The 16-year-old girl, who was travelling alone on July 23, was asleep on the flight, when a stranger's hand on her thigh awakened her, the Washington Post reported.

The man, identified as Vijakumar Krishnappa, sitting next to her quickly removed his hand, according to a federal court complaint, and the teenager went back to sleep. Then, she woke up again and this time, the man was groping her, the complaint says.

She reported the incident to the airline crew and was allowed to move seats.

Once the flight from Seattle landed at Newark Liberty International Airport, the girl, from Washington state, called her parents. While she did, the accused left the airport, said Johnny McCray, an attorney for the girl's family.

The girl's family has filed a complaint against United Airlines for neglecting to detain Krishnappa after the alleged assault, the report said.

The FBI was called to handle the investigation. It used the flight manifest to track down Krishnappa, a doctor from India. The girl identified him from a photo array, ABC reported.

Krishnappa was charged in the federal court in Newark, a day after the incident, according to court records filed by the FBI charging him with criminal sexual contact.

Court records show he was arrested and charged with knowingly engaging in sexual contact with a minor female, the report said.

He has been released on bond, placed on electronic monitoring, and ordered to not have any contact with minors while the criminal case is pending, according to court records.

The doctor's court-appointed attorney, John Yauch, told the Post that his client "adamantly denies the charges and deserves to be considered an innocent man."

Krishnappa is studying medicine in the United States through a months-long fellowship that allows for doctors from foreign countries to learn from experts in the US, the daily said.

A spokesman from the Federal Aviation Administration told the daily that the airlines typically notify law enforcement about incidents before landing.

"The safety and security of our customers is our top priority. We take these allegations seriously and continue to work closely with the proper authorities as part of their review," a spokesperson for United Airlines said in a statement.