World   Americas  06 Jul 2017  Woman forced to carry 2-yr-old son on lap after US airline gives his seat away
World, Americas

The woman was forced to hold her 2-yr-old son on her lap for over 3 hours on the flight after United Airlines gave the toddler’s seat away. 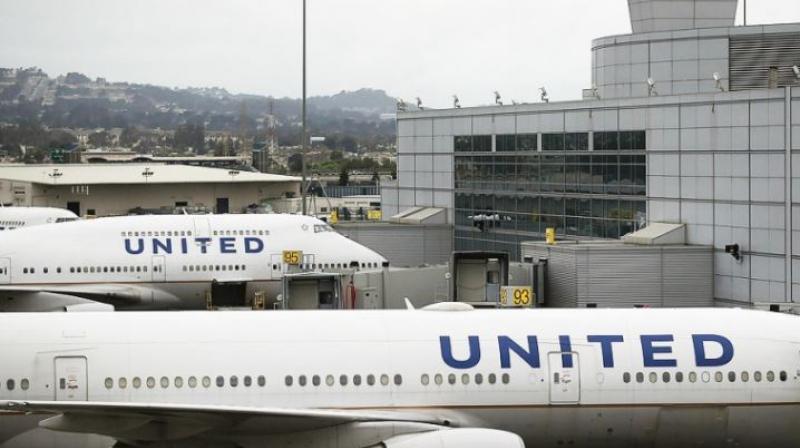 Shirley Yamauchi said she told the flight attendant about the problem, but the woman just shrugged, saying the flight was full, and walked away. (Photo: AFP/Representational)

Houston: An Asian-origin teacher was forced to hold her two-year-old son on her lap for over three hours on a flight until her leg and arm went numb after United Airlines gave away the toddler's seat to a standby passenger, prompting the beleaguered American airline to apologise.

Shirley Yamauchi, from Hawaii, told Hawaii News Now that she bought the airline tickets for a teachers' conference in Boston. As children over the age of two years are required to have their own seat, she purchased a ticket for her son, Taizo - paying almost USD 1,000 each ticket.

The first leg of her last Thursday's trip Hawaii to Houston went fine along with the layover. However, the Kapolei Middle School teacher said they were sitting on the plane in Houston when a flight attendant came to check if Taizo was present.

Yamauchi said her son was clearly in his seat, but another passenger still showed up, claiming the seat was his. "I told him that I bought both of these tickets and he tells me that he got the ticket on standby. Then he proceeds to sit in the centre," she was quoted as saying.

Yamauchi said she told the flight attendant about the problem, but the woman just shrugged, saying the flight was full, and walked away. "I had to move my son onto my lap. He's 25 pounds. He's half my height. I was very uncomfortable. My hand, my left arm was smashed up against the wall. I lost feeling in my legs and left arm," she said.

Yamauchi said she wanted to speak up, but was afraid of retaliation. "I started remembering all those incidents with United on the news. The violence. Teeth getting knocked out. I'm Asian. I'm scared and I felt uncomfortable. I didn't want those things to happen to me," she said.

A United spokesman told The Washington Post that Taizo's boarding pass had been improperly scanned and that because the toddler was not logged in to the system, his seat was released to a standby passenger. Five days after the flight, the airline issued an apology.

"We deeply apologise to Ms Yamauchi and her son for this experience. We are refunding her son's ticket and providing a travel voucher. We are also working with our gate staff to prevent this from happening again," the airline said.

Read: United Airlines goes down the hole over dead rabbit

The mother's ordeal during the flight comes following a slew of incidents in which United has been accused by passengers of insensitive behaviour.

In April, a passenger named David Dao refused to give up his seat on a United flight and was dragged, battered and bloodied down the plane aisle by police.

Navang Oza, an Indian-origin man in the US, claimed that the United Airlines cancelled his flight reservation because he filmed an employee during an altercation.

A giant rabbit, who was expected to outgrow his father to become the world's biggest bunny, also died under the care of United Airlines earlier this year.