Srinubabu Gedela and his companies would allegedly charge the authors significant publishing fees. 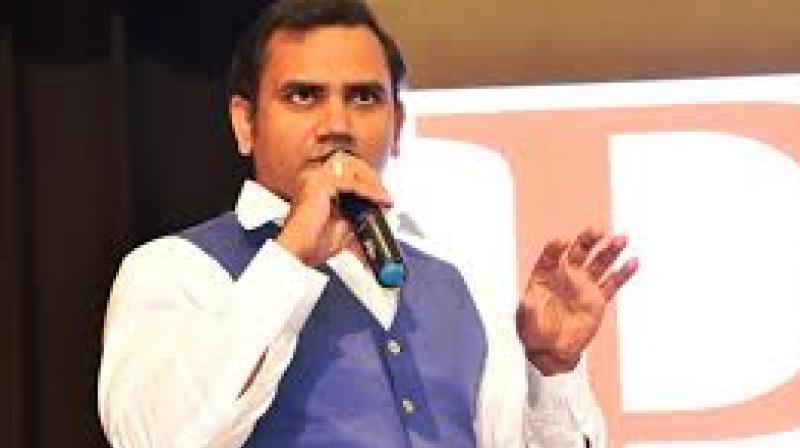 "We're pleased with the court's strong order holding these companies and its owner responsible for the damage they caused," Mr Smith said. (Image: srinubabu.com)

New York: An Indian journal publisher and his companies have been fined over USD 50 million in the US for making "deceptive claims" to academics about the nature of their work and taking millions of dollars from aspiring researchers and writers.

Srinubabu Gedela of Andhra Pradesh and his companies OMICS Group Inc., iMedPub LLC, Conference Series LLC, have been ordered by the US District Court for the District of Nevada to pay the amount to resolve the charges brought against them by America's consumer protection agency - Federal Trade Commission (FTC).

"These publishing companies lied about their academic journals and took millions of dollars from aspiring researchers and writers," said Andrew Smith, Director of the FTC's Bureau of Consumer Protection.

"We're pleased with the court's strong order holding these companies and its owner responsible for the damage they caused," Mr Smith said.

The court issued the summary judgment order on March 29.

In its 2016 complaint, the FTC alleged that "OMICS, iMedPub, Conference Series and their owner Srinubabu Gedela advertised hundreds of online academic journals and international conferences for scientists and medical professionals, and deceptively claimed that their journals provided authors with rigorous peer review and had editorial boards made up of prominent academics".

In reality, many articles were published with little to no peer review, and many individuals represented to be editors had not agreed to be affiliated with the journals, the FTC said in a statement.

The FTC further alleged that the defendants represented that their journals had been accepted by prominent academic indexing services such as the National Institute of Health (NIH)'s "PubMed Central".

An article in The New York Times quoted Srinubabu Gedela's attorney Kishore Vattikoti as saying in an email response to the court order that "It's quite surprising for us that court has passed an order against defendants in this case without calling for a trial which is unjustifiable and violation of natural justice".

Mr Vattikoti said the publisher would appeal, the report said.

The FTC also alleged that Srinubabu Gedela and his companies failed to properly tell authors who submitted papers for consideration that they would charge the authors significant publishing fees. They also failed to allow authors to withdraw their articles from submission, making their research ineligible for publication in other journals.

Finally, the complaint alleged that to promote their scientific conferences, the defendants deceptively used the names of prominent researchers as conference presenters when in fact many of those researchers had not agreed to participate in the events.

In November 2017, a federal court granted a preliminary injunction requested by the FTC, temporarily halting the deceptive practices of these academic journal publishers.

In the summary judgment decision, the court found that "the defendants violated the FTC Act by making deceptive claims regarding their academic journals and scientific conferences, and by failing to adequately disclose their publishing fees".

It also requires that the defendants clearly and conspicuously disclose all costs associated with submitting or publishing articles in their journals.

The order also requires the defendants to obtain express written consent from any person the defendants represent to be associated with their academic journals or scientific conferences.