He proudly tweeted his answer and his acceptance letter to the prestigious American university, which boasts 20 applications per place. 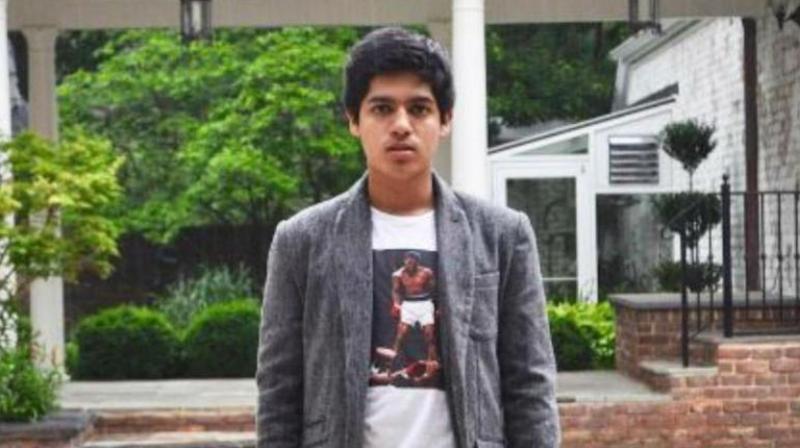 The 18-year-old Bangladeshi-American Muslim said as an ally of the black community, he felt it was his duty to make a statement and speak up against the injustices he witnesses. (Photo: Twitter)

New York: An 18-year-old Bangladeshi-American Muslim student has won a place at the prestigious Stanford University after writing ‘#BlackLivesMatter’ a 100 times in the essay section of his application.

Ziad Ahmed said he was “stunned” when his innovative approach to the application process, which he described as “unapologetic activism”, paid off.

On his Stanford University application, Ahmed was posed the question, “What matters to you, and why?”

The activist from Princeton, New Jersey, decided to use the opportunity to write “#BlackLivesMatter” a 100 times.

To his surprise, the answer caught the attention of the California school’s admissions office and Ahmed received his acceptance letter on Friday.

He proudly tweeted his answer and his acceptance letter to the prestigious American university, which boasts 20 applications per place.

I submitted this answer in my @Stanford application, & yesterday, I was admitted...#BlackLivesMatter pic.twitter.com/R5YxM77bWL

“I was actually stunned when I opened the update and saw that I was admitted,” Ahmed told Mic.

“I didn’t think I would get admitted to Stanford at all, but it’s quite refreshing to see that they view my unapologetic activism as an asset rather than a liability,” he said.

Ahmed said as an ally of the black community, he felt it was his duty to make a statement and speak up against the injustices he witnesses.

“As an ally of the black community though, it is my duty to speak up in regards to the injustice, and while this was not a form of ‘activism’ as it was simply an answer in a college application. I wanted to make a statement,” he said.

The Bangladeshi-American teen has already been making impressive waves in his activism work.

At just 18-years-old, Ahmed has already been invited to the White House Iftar dinner and recognised as a Muslim- American change-maker under the Obama administration.

In 2016, he interned and worked for Democratic nominee Hillary Clinton’s presidential campaign.

In addition to Stanford, Ahmed said he has already been offered addmission by Yale University and Princeton. He has until May 1 to decide which school to attend.

Ahmed said he purposefully did not further explain the #BlackLivesMatter hashtag. “The insistence on an explanation is inherently dehumanising,” Ahmed said.