In conversations with diplomats and other officials, Trump and his aides have ascribed the new thinking to Moscow's recent provocations. 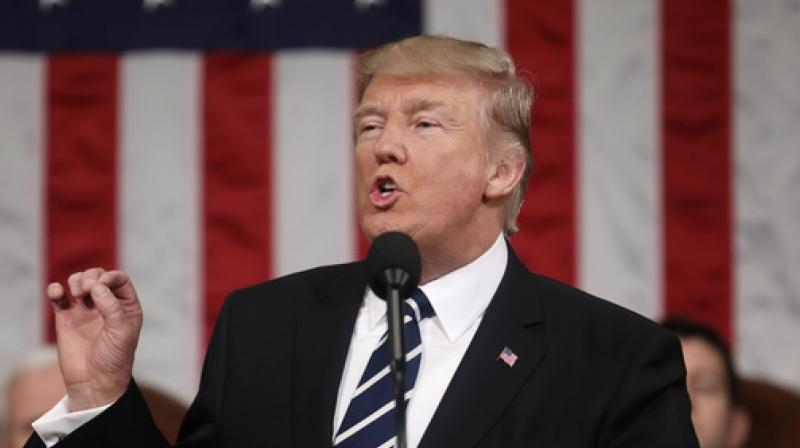 Washington: President Donald Trump is telling advisers and allies that he may shelve, at least temporarily, his plan to pursue a deal with Moscow on the Islamic State group and other national security matters, according to administration officials and Western diplomats.

In conversations with diplomats and other officials, Trump and his aides have ascribed the new thinking to Moscow's recent provocations. But the reconsideration of a central tenet of his foreign policy underscores the growing political risks in forging closer relations with Russia, as long as the FBI investigates his campaign associates' connections to Moscow and congressional committees step up their inquiries into Russia's meddling in the 2016 election.

The controversy has already led to the firing of Trump's national security adviser, Michael Flynn, who misled officials about his contacts with the Russian ambassador, and to calls by Democrats for Attorney General Jeff Sessions to resign after he failed to disclose his own meetings with the envoy.

Trump's new skepticism about brokering a deal with Moscow also suggests the rising influence of a new set of advisers who have taken a tougher stance on Russia, including Defense Secretary Jim Mattis and new national security adviser H.R. McMaster. During his first meeting with National Security Council staff, McMaster described Russia — as well as China — as a country that wants to upend the current world order, according to an administration official who attended the meeting.

Michael McFaul, who served as President Barack Obama's ambassador to Russia, said that while Trump has been open about wanting warmer relations with Russia, "he hasn't picked people to the best of my knowledge at senior levels that share that view."

European allies also have been pushing the Trump administration not to make any early concessions to Russia. To bolster their case, European officials have tailored their rhetoric to appeal to Trump's business background, including emphasizing the risks of negotiating a bad deal, rather than more nuanced arguments, according to one Western diplomat. Given Trump's "America First" mantra, foreign officials emphasize how U.S. standing in the world could be diminished by making concessions to Russia instead of focusing on the importance of the U.S. and Europe sticking together to counter Moscow.

Trump, who spoke favourably about Russian President Vladimir Putin throughout the campaign, is said to have shown interest in a broad deal with Russia that could address cooperation in fighting the Islamic State, nuclear arms control agreements and Russia's provocations in Ukraine. But in recent days, the administration has signaled that the moment for such a deal may not be right.

In an Oval Office meeting last week, Trump told advisers that Russia's recent violation of a Cold War-era arms control treaty was among the complicating factors. In February, the Trump administration accused Russia of violating the 1987 Intermediate-Range Nuclear Forces Treaty by deploying a cruise missile.

A White House official confirmed the discussion, saying that Trump believes the treaty violation is making a diplomatic and security agreement with Russia "tougher and tougher to achieve." Top administration officials have also echoed that message in conversations with some allies, according to diplomats.

The president and his advisers have yet to settle on a formal approach to Russia and discussions about how to proceed are still in early phases, a second White House official said.

The officials and Western diplomats insisted on anonymity in order to discuss private discussions and deliberations.

Trump has been trailed by questions about his possible ties to Russia for months. He's taken an unusually friendly posture toward Russia, praising Putin's leadership and, at times, appearing to echo Kremlin positions on Ukraine and other matters. He's also repeatedly said that it would be better for the U.S. and Russia to have a stronger relationship, particularly in fighting terrorism.

While Trump has continued to talk about a detente with Russia since taking office, there have been some signs of his administration taking a more traditional approach.

U.N. Ambassador Nikki Haley hit Russia hard last month over its actions in Ukraine, saying U.S. sanctions imposed after Russia's annexation of Crimea in 2014 will remain in place until the peninsula is returned to Ukraine. Trump also sent letters to Eastern European leaders, who worry Russia might set its sights on their borders next, underscoring his commitment to their security.

"Your support for the sovereignty and territorial integrity of Ukraine is important for our shared goal of enhancing European and regional security," Trump wrote to the Estonian president in a letter dated Feb. 15 and obtained by The Associated Press.

Trump has insisted that he has no nefarious connections or financial ties to Russia. He's also said he's not aware of any contacts his campaign advisers had with Russia during the 2016 campaign, a period in which U.S. intelligence agencies assess Russia was interfering with the election to help Trump defeat Democrat Hillary Clinton.

Still, the suggestions of wrongdoing have followed Trump to the White House, in part because of his own team's missteps. Flynn was fired for misleading Vice President Mike Pence and other top White House officials about the nature of his conversations with Russian Ambassador Sergey Kislyak, even as the FBI was interviewing Flynn about those contacts.

This week, Sessions acknowledged that he had contacts with Kislyak during the campaign. He said the discussions happened in his capacity as a U.S. senator and he was not misleading a Senate panel when he volunteered that he had no contacts with Russians as a Trump campaign surrogate.

After the disclosures, Sessions said he would recuse himself from any Justice Department investigations related to Russia and the campaign. Democrats are demanding a special prosecutor to oversee such investigations.

Trump, in a news conference after Flynn's firing, suggested the firestorm could hamper his ability to make a deal with Russia.

"It would be unpopular for a politician to make a deal," Trump said. "It would be much easier for me to be so tough — the tougher I am on Russia, the better."