The activist also mentioned bombing Russia or eating dead people won't make much of a difference. 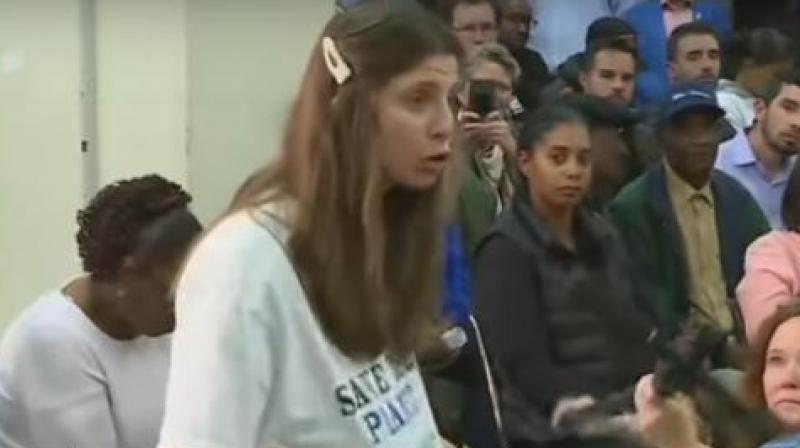 “Too much pollution, so we have to get rid of the babies! That’s a big problem. We need to eat the babies!” the woman emphasised. (Photo: Screengrab | Youtube)

She addressed the crowd and said, “All of you, you are a pollutant. Too much CO2. We have to start now, please.”

She also mentioned bombing Russia or eating dead people won't make much of a difference. She was insistent with her claim that people eat their babies.

“Too much pollution, so we have to get rid of the babies! That’s a big problem. We need to eat the babies!” the woman emphasised.

One of Ocasio-Cortez's constituents loses her mind over climate change during AOC's townhall, claims we only have a few months left: "We got to start eating babies! We don't have enough time! ... We have to get rid of the babies! ... We need to eat the babies!" pic.twitter.com/uVmOnboluI

Ocasio-Cortez, however, tried to make the woman calm by saying, 'Fortunately we have more than just a few months to being change.'

The opposition saw this incident as an opportunity and left no stone unturned in mocking AOC.

Seems like a normal AOC supporter to me. https://t.co/NWVMRD0wsl

AOC in response to this blamed the right and asked them to 'knock it off' as the woman was probably suffering from a mental condition.

We had a fabulous town hall tonight & I’ll be highlighting some moments from it.

At one point I was concerned there was a woman in crisis & want to ensure we treat the situation compassionately.

Let’s not mock or make a spectacle. &let’s work on Medicare for All!

'It's not okay that the right-wing is mocking her and potentially make her condition or crisis worse. Be a decent human being and knock it off,' AOC wrote.