World   Americas  04 Oct 2017  Pakistan may get economic benefits from India, only if it stops terrorism: US
World, Americas

Pakistan may get economic benefits from India, only if it stops terrorism: US

Trump has said that he would change the US approach to Pakistan, which continues to harbour militants and terrorists. 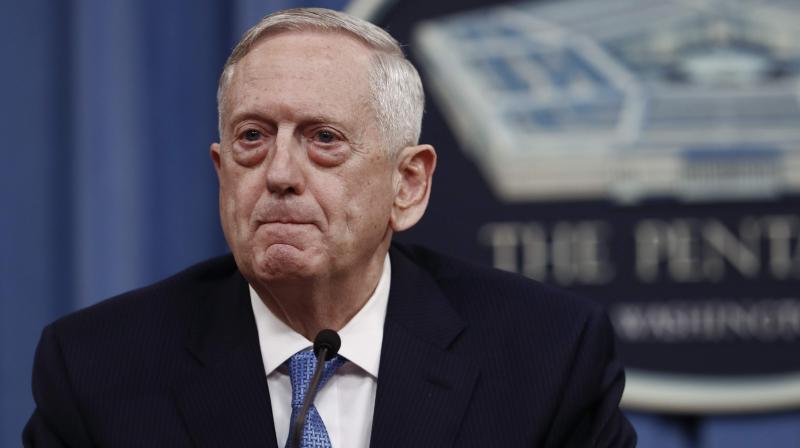 Mattis was responding to questions from lawmakers who wanted to know why the administration believes that Pakistan will change its behaviour this time. (Photo: AFP)

Washington: Pakistan can have strong economic benefits from India if it finds a way to carry out its international responsibilities and brings an end to any kind of safe haven on its soil, a top US official told lawmakers.

Defence Secretary Jim Mattis on Tuesday told members of the powerful Senate Armed Services Committee that the administration is being very clear and firm in what it expects from Pakistan and is using all aspects of the government to bring about the change, working internationally.

This comes weeks after President Donald Trump announced his South Asia policy in which he adopted a tough policy against Pakistan.

"There are a number of lines of effort being put together now in Secretary of Treasury’s office, Secretary of States office, my own office, and the Intel agencies. We are also working with Secretary General Stoltenberg to ensure that NATO’s equities are brought to bear," Mattis said responding to a question on why Pakistan would change its mind on terrorist safe havens this time.

Certainly, India has a role to play as a neighbour, and potentially a very strong economic benefit to Pakistan, if Pakistan can find a way to carry out its international responsibilities and end any kind of safe haven inside their country, he noted.

"There’s a great deal that Pakistan can benefit economically, diplomatically, financially for its government; economically for its people; by finally sensing that the tide has shifted against this," Mattis said.

He said that the Trump administration believes that it would be highly difficult to sustain any stabilisation in South Asia, not just in Afghanistan, but certainly anywhere around Pakistan and India unless safe havens are removed.

Mattis was responding to questions from lawmakers who wanted to know why the administration believes that Pakistan will change its behaviour this time.

Trump has said that he would change the US approach to Pakistan, which continues to harbour militants and terrorists who target US service members and officials, said Senator John McCain, Chairman of the Senate Armed Services Committee.

"But we still do not know what specific steps the United States will take to convince or compel Pakistan to change its behaviour, or what costs we will impose if Pakistan fails to do so," McCain said.

Indeed, McCain said it is unclear to him if the administration believes any step or series of steps the United States might take will lead Pakistan to cease its support and sanctuary for certain terrorist groups, which has been a "feature of" its national security policy for decades.

Ranking Member Senator Jack Reed said if the mission in Afghanistan is to be successful, it is imperative to disrupt the external sanctuaries in Pakistan, which continue to provide the Taliban, the Haqqani network and other associated groups the ability to train, recruit, rest, refit and stage attacks without significant fear of interference.

"We have heard that the administration intends to change the relationship with Pakistan in order to compel action that supports our efforts in Afghanistan," Reed said as he sought details of tools available to press Pakistan to make more progress on these issues.

Pakistan, Mattis said has a "convoluted history" with terrorism. There can be little doubt that there have been terrorist groups that have used Pakistan as a haven for attacks outwardly, and not just towards Afghanistan.

"We’ve seen the attacks on India, as well. At the same time, probably few nations, perhaps none, have lost as many troops fighting terrorists as they have," he said.