The US on Friday retained India on its priority watch list this year for 'lack of improvement' in the intellectual property (IP) framework. 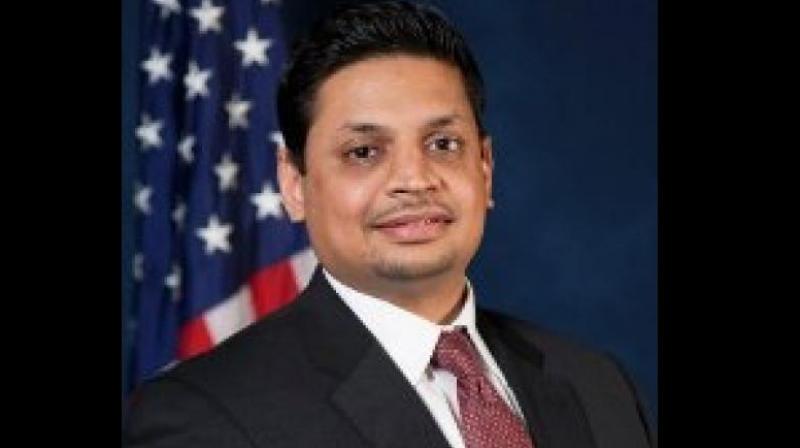 Washington: The Senate has unanimously confirmed three Indian-Americans to key government positions, including one as the Trump administration's czar on intellectual property an area of sharp differences between the US and India.

The Senate confirmed Neil Chaterjee as a member of the Federal Energy Regulatory Commission and Vishal Amin as Intellectual Property (IP) Enforcement Coordinator in the Trump administration.

Krishna Urs was confirmed as the US ambassador to Peru. A career foreign service officer since 1986, Urs after Nikki Haley is the second Indian-American to have been selected for an ambassadorial position by the administration.

Haley, a two-term former governor of South Carolina, is the US ambassador to the United Nations and holds a cabinet- level position in the administration. She is the first Indian- American to do so in any US presidential administration.

As the new IP Czar, Amin would be responsible for enforcement of intellectual property, an area of sharp differences between India and the United States.

However, India had termed the report as an unilateral move by the US. Amin is currently the senior counsel on the House Judiciary Committee.

"Vishal Amin has been a valued member of my staff and will continue to be a tireless advocate on behalf of America's innovators and creators," said  Congressman Bob Goodlatte, Chairman of the House Judiciary Committee. He has previously served in the administration of President George W Bush as associate director for Domestic Policy, and at the Department of Commerce as special assistant and associate director for policy in the Office of the Secretary, the White House said.

Chatterjee, currently the energy policy adviser to Senate Majority Leader Mitch McConnell, over the years has played an integral role in the passage of major energy, highway, and farm legislations. "Chatterjee has an extensive knowledge of the many important federal issues facing our industry and customers," said Edison Electric Institute (EEI) President Tom Kuhn.

Prior to serving McConnell, he worked as a principal in Government Relations for National Rural Electric Cooperative Association. Urs is currently charge d'affaires of the US Embassy in Madrid, Spain, where he was also the deputy chief of mission.

Urs has specialised in economic issues and developed extensive policy experience in the Andean region of South America. He has served at seven United States embassies as well in senior leadership positions in Washington, DC.