Respect to India for maintaining stable security in Indian Ocean: US Defence Secy

Mattis said one of the top priorities is to empower countries in the region to make them strongly contribute to their own peace, stability. 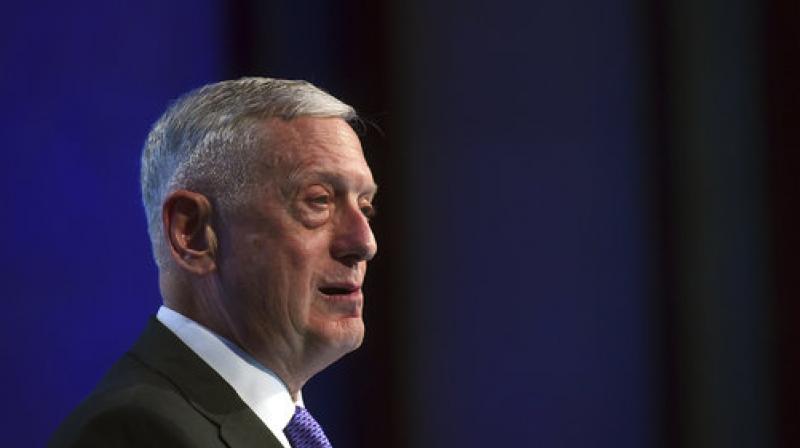 US Defence Secretary Mattis called upon all countries to contribute sufficiently to their own security. (Photo: AP)

Washington: The US recognises India as a major defence partner partly out of respect for New Delhi's indispensable role in maintaining stability in the Indian Ocean region, Defence Secretary James Mattis has said.

The US is exploring new ways to address new challenges as well from maritime security to the growing threat posed by the spread of terrorism in Southeast Asia, Mattis said in his remarks at the Shangri-La Dialogue.

"For example, we recognise India, the most populous democracy in the world, as a major defence partner. We did so in part out of respect for India's indispensable role in maintaining stability in the Indian Ocean region," he said according to a Defence Department transcript.

Mattis called upon all countries to contribute sufficiently to their own security.

"At the same time, we encourage them to actively seek out opportunities and partnerships with other like-minded nations as we do the same to sustain and maintain peace. We will continue to engage closely with our partners, building on recent progress," he said.

Mattis said one of the top priorities of the Defence Department is to empower countries in the region so they can be even stronger contributors to their own peace and stability.

"The Pacific region countries represented at the summit are obviously critical to strengthening and transforming the underlying security structure that has enabled tremendous regional prosperity. For we don't take that peace or prosperity for granted," he said.