World   Americas  04 May 2019  Youtube celeb gets 10 years jail for child pornography in US
World, Americas

Youtube celeb gets 10 years jail for child pornography in US

YouTube musical celebrity was sentenced in a Chicago courtroom to 10 years in prison for making girls to produce sexually explicit videos. 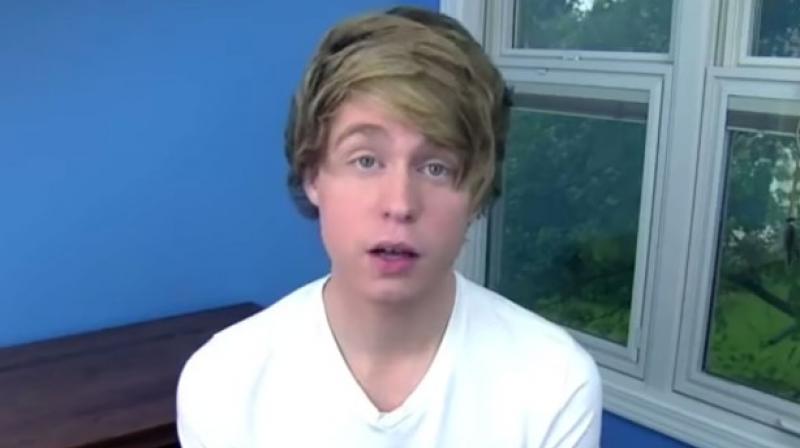 As part of his plea, Jones admitted to a total of six identified victims and approximately 30 attempts to persuade other girls to send him child pornography. (Photo:AP)

Chicago: A YouTube musical celebrity was sentenced on Friday in a Chicago courtroom to 10 years in prison for enticing girls as young as 14 to produce sexually explicit videos of themselves.

Austin Jones, who posted online videos of himself performing songs for a fan base of primarily teenage girls, was arrested in 2017 and pleaded guilty earlier this year to one count of child pornography.

As part of his plea, Jones admitted to a total of six identified victims and approximately 30 attempts to persuade other girls to send him child pornography, according to prosecutors.

A federal judge on Friday imposed a 10-year prison sentence on the 26-year-old, who could have gotten as little as five years or as many as 20, according to sentencing guidelines.

Prosecutors, pointing to text messages, alleged in a sentencing memorandum filed with the court that Jones targeted young girls under the pretense of "auditions" for modeling and other opportunities.

"I'm just trying to help you! I know you're trying your hardest to prove you're my biggest fan. And I don't want to have to find someone else," Jones told one 14-year-old victim via Facebook messenger, according to the court filing.

Jones's defense lawyers had asked that he be sentenced to five years on the basis of mitigating circumstances having to do with the man's childhood.

"Austin was a victim of sexual and emotional abuse by his father from age six until age 10. He was young, helpless and scared," his attorney's wrote in a court filing.

They claimed Jones suffered from severe depression and other mental health problems.