Hawaii County said steam and lava poured out of a crack in Leilani Estates, which is near the town of Pahoa on the Big Island. 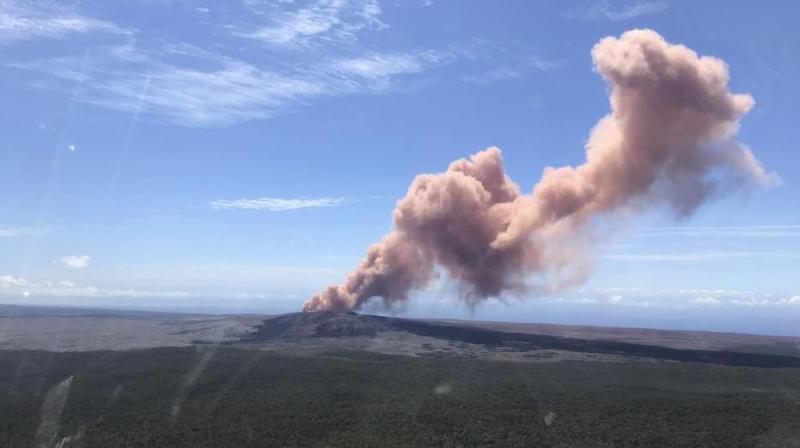 Hawaii County said steam and lava poured out of a crack in Leilani Estates, which is near the town of Pahoa on the Big Island.

County, state and federal officials had been warning residents all week that they should be prepared to evacuate, as an eruption would give little warning.

Leilani Estates has a population of about 1,500, according to the 2010 US Census. But the evacuation order only covers a portion of the neighbourhood.

Nearby community centres have opened for shelter.

The eruption comes after days of earthquakes rattled the area’s Puna district. A nearby school was closed due to the ongoing seismic activity and several roadways cracked under the strain of the constant temblors.

The Puu Oo crater floor began to collapse Monday, triggering a series of earthquakes and pushing the lava into new underground chambers.

The collapse caused magma to push more than 16 kilometres down slope toward the populated southeast coastline of the island.

Most of Kilauea’s activity has been non-explosive, but a 1924 eruption spewed ash and 10-ton (9-metric ton) rocks into the sky, leaving one man dead.

Puu Oo’s 1983 eruption resulted in lava fountains soaring over 1,500 feet high. In the decades since, the lava flow has buried dozens of square miles (kilometers) of land and destroyed many homes.