Married priests, female deacons? What the Pope’s politics look like from Latin America

A sharp shepherd of his flock, the Pope has mastered the art of containing people without making structural changes. 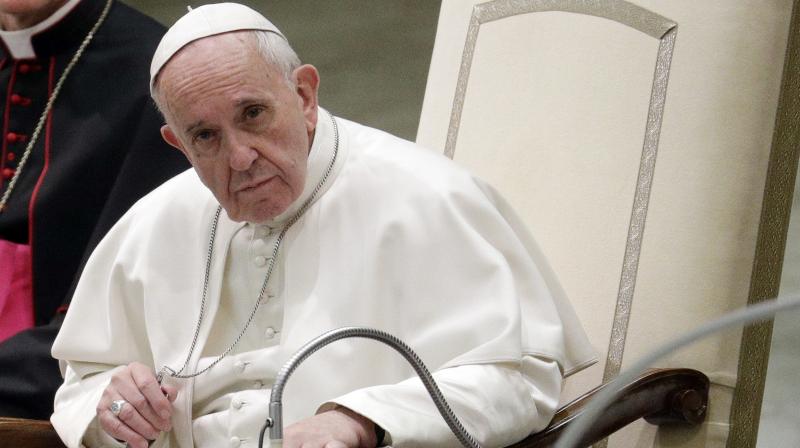 Buenos Aires: Priests are Catholicism’s greatest figures: shepherds who manage the relationship with the divine. But their numbers have been dwindling worldwide since the 1930s.

The demands of the job are a killer combination today. Between restrictions on sexuality and the loss of priests’ social status, there are ever fewer seminarians and, consequently, ever fewer men of the cloth, particularly in remote regions of the world such as the Amazon, where there is one priest for every 10,000 Catholics.

Responding to this challenge, Pope Francis recently suggested that the Church might allow married men to be ordained. Many Church officials believe the requirement of celibacy is the main reason fewer men are joining the priesthood, though there’s no single cause for the fall in numbers.

Rethinking celibacy was discussed by the Second Vatican Council (1965-1968, but advocates for abandoning the vow did not win out. Like many other questions about the Church’s regulation of its adherents’ lifestyles (clergy or otherwise) – from opposing contraception to prohibiting communion for divorced people – celibacy was set aside for further deliberation.

In truth, the Pope’s recent statements are not aimed at undoing an historic pillar of the sacred institution of the priesthood, as some headlines have imprecisely indicated, but rather at considering exceptions. The pontiff was referring to potentially allowing married Catholic men to assume certain church duties in far-flung regions, invoking the figure of the viri probati, or men of unquestionable faith, virtue and obedience.

In other words, the Pope suggested something markedly similar to an existing institution, the diaconate. Deacons are men who, after completing a two- to four-year course, are ordained to assist priests and bishops. They can baptise, marry, preach and administer the Eucharist, but they cannot take confession.

Though the concept is as old as Christianity itself – the Church traces it to the apostles – the diaconate has garnered renewed interest in recent years as priests become scarce.

Deacons don’t have to remain chaste, but, like the priesthood, this ministry disallows women. In August 2016, at the request of the Synod of Bishops, the highest Catholic decision-making body, Pope Francis established a commission to study female deacons.

Thus, his recent statements about easing the celibacy requirement are converging with an ongoing conversation about allowing women in the diaconate. Ordained female deacons supporting an all-male ministry does not entirely fulfil progressive Catholics’ demands to allow women in the priesthood, but it has calmed some anxiety and indicated a potential path forward.

The view from Latin America

How has this news been greeted in Argentina, the Pope’s home country, and in Latin America, home to 40% of the world’s Catholics?

To paraphrase Émile Poulat, the great Church scholar, Catholicism is a world. And in Latin America, as in other Catholic places, this world is comprised of diverse groups, all of which have received the papacy of their old acquaintance Jorge Bergoglio in different ways.

Progressive Latin American Catholics were leery of this Pope early on, given his origins in the conservative pastoral-theologian tradition. When he was Bishop Jorge Bergoglio of Buenos Aires, this group did not have the best relationship with him.

Unexpectedly, they’ve now been seduced by the open-minded pontiff who listens to concerns about the Church’s restrictive view on sexual diversity, abortion and convicted criminals. When the Pope was a cardinal, issues such as women in the priesthood, the celibacy vow and contraception were not on his agenda.

Works with the poor, on the other hand, were his strong suit; in Argentina, the ecclesiastical word on poverty is authoritative. Holding masses with cartoneros (rubbish-pickers) in the squares and train stations of Buenos Aires and doing ministerial work in its shantytowns? Very Cardinal Bergoglio.

Conservative Latin American Catholics, who celebrated Francis’ assumption in Buenos Aires’ main square, the Plaza de Mayo, have run an inverse course. They expected that the Argentinean Pope would continue in the same vein as before: moderate, and in constant dialogue with all sectors of the Church, as well as with government.

Such is the character of Pope Francis, a refined and intelligent man educated in the turbulent waters of Argentinean ecclesiastic politics, which have always been linked to national politics. After decades of political acrobatics, the Pope has learned an operating style that plays with the divide between public statements and what’s said in private, between the general rule of mercy and actually engaging with personal suffering.

Every papacy is political but the politics depend on nuances of the international scenario. Pope John Paul II came infused with anti-communist charisma, (which later hastened his fall), and Pope Benedict XVI demonstrated the continued preeminence of European academic theological thinking.

As Pope, Bergoglio, the pastoral theologian who hews closely to the faithful and the marginalised, is seeking to reify his commitment to society’s most vulnerable – immigrants, the poor, peasants – without changing the Church in any fundamental way.

Bergoglio is a son of the Catholicism that has dominated in Argentina since the 1930s: plebeian in its social leanings, with strong government relations. This kind of Catholicism does not limit itself to personal belief; it has something to say to all society, is willing to recognise modernity and even, at times, to have a dialogue with it.

A sharp shepherd of his flock, the Pope has mastered the art of containing people without making structural changes. Argentina is full of stories about his papal calls: the time he called a divorced woman to comfort her with the possibility that she might one day again receive communion, for instance, or the human rights NGO director to whom the Pope committed his support for public political actions.

Much like these anecdotes, Francis’s recent declarations about married viri probati are an extension of his conservative, people-centred pastoralism, rather than a sign that he’s turned progressive on the moral question of sex. This is the Catholicism in which Father Bergolgio was raised, and Pope Francis continues to be its beloved son.