Indian-origin man shot dead outside his home in US

The 43-year-old victim, identified as Harnish Patel, was shot dead while returning home from work. 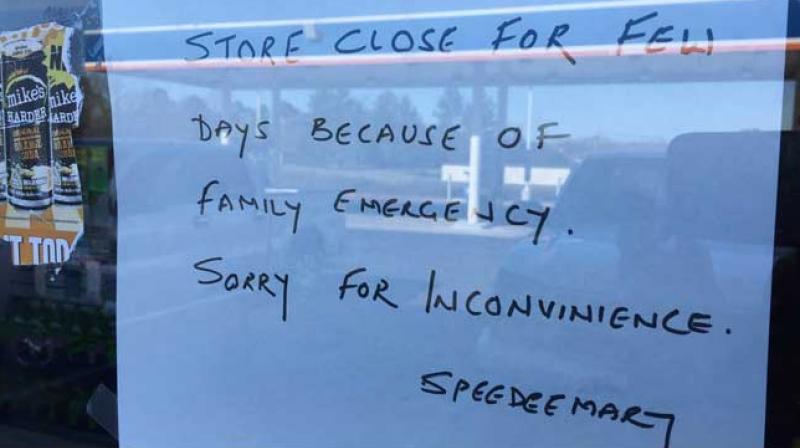 Harnish Patel, 43, the owner of a convenience store in Lancaster County, South Carolina, was found dead of gunshot wounds in the front yard of his home on Thursday, coroner and police officials said. (Photo: Twitter)

New York: A 43-year-old Indian-origin store owner in the US has been shot dead outside his home, just days after an Indian engineer was killed in Kansas in a hate crime shooting that had sent shockwaves across the country.

Harnish Patel, 43, the owner of a convenience store in Lancaster County, South Carolina, was found dead of gunshot wounds in the front yard of his home on Thursday, coroner and police officials said.

Patel closed his store and drove in his silver minivan to his nearby home where authorities believe he was confronted by his killer. The store is about 6 km from his house, The Herald reported.

He had locked up his nearby store less than 10 minutes before he was found dead, police said.

Patel was found in the yard a few minutes before midnight, according to a statement from the Lancaster County Coroner's Office.

Lancaster County police received calls at 11:33 PM after people called 911 to say that they heard screaming and gunshots.

Sheriff Barry Faile said the Indian ethnicity of Patel does not appear to be a factor in the crime.

"I don't have any reason to believe that this was racially motivated," Faile said

Friends and customers were in shock and were visiting Patel's home to offer condolences to his family.

"Who would do anything like this to him, as good as he is to everybody," Nicole Jones, a frequent customer at Patel's store, told WBTV.

Jones and other friends said Patel was not always worried about the bottom line of his business.

"If you didn't have the money, he'd let people have food," Jones said.

Mario Sadler, another customer and friend, said Patel had offered him jobs before, and did anything he could to help out in tough times.

"He's watched my kids grow up, which is why it's painful. From day one he's been amazing, just awesome, and I just don't understand the sense behind it," Sadler said.

Dilipkumar Gajjar, a close friend of Patel and the owner the ABC store next to the Speedee Mart, said Patel came over to this country to better his family's life, and did that.

Patel's death comes close on the heels of the shooting in Kansas of a 32-year-old Indian engineer Srinivas Kuchibhotla, who was killed when 51-year-old US Navy veteran Adam Purinton opened fire at him and his friend Alok Madasani at a bar before yelling "get out of my country."

The shooting last month had sent shockwaves across the Indian-American community with people expressing concerns over their safety in an enviornment of xenophobic and racist rhetoric in the country.

US President Donald Trump had condemned the Kansas shooting. He had said America stands united in condemning hate and evil in all its forms.