Mallya’s extradition trial will now determine whether he can be legally forced to go back to face the Indian courts. 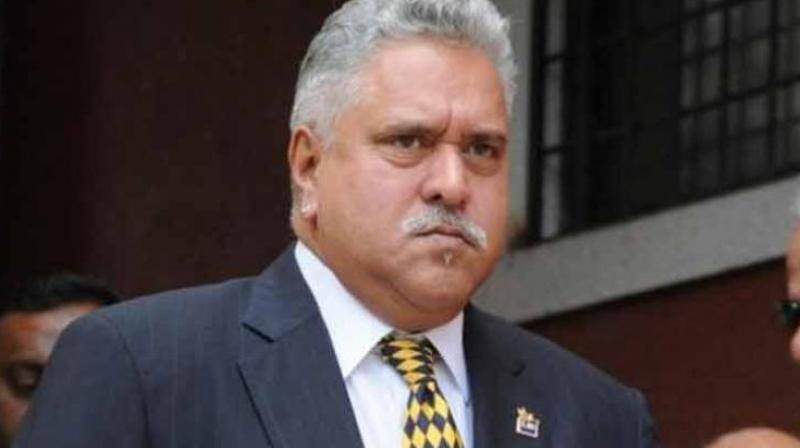 Mallya is wanted in India on charges relating to his defunct Kingfisher Airlines defaulting on loans from various Indian banks amounting to Rs 9,000 crore. (Photo: File)

London: Embattled liquor baron Vijay Mallya, out on a 650,000-pound bail bond following his arrest by Scotland Yard over fraud and money laundering charges earlier this year, will return to Westminster Magistrates' Court in London on Monday as his extradition trial begins.

The 61-year-old businessman, who has been in self-imposed exile in the UK since March 2016, is wanted in India on charges relating to his defunct Kingfisher Airlines defaulting on loans from various Indian banks amounting to Rs 9,000 crore.

The former Rajya Sabha member has told PTI during his numerous court appearances in London over the last few months that he has "done nothing wrong" and described the allegations against him as "fabricated".

His defence team, led by barrister Clare Montgomery known as an expert in criminal and fraud law with the UK's Matrix Chambers, will now present his case in court.

"We are keen to draw a line under all the material evidential and non-evidential," she had said during the last case management hearing on November 20, when Mallya's defence team presented a running order of expert witnesses to be deposed in the case.

The trial is set to open with opening arguments, followed by the witness statement of Dr B Humphreys, who is an aviation expert.

Others expected to give their statements for the defence include Margaret Sweeney, chief accountant at Force India Formula One racing team, Professor Lau as an expert on the Indian legal system, and Dr Alan Mitchell, a licensed medical practitioner and a former medical officer with the Scottish prison system.

It was Dr Mitchell’s testimony that had a major impact on another Indian extradition request in October, that of alleged bookie Sanjeev Chawla a key accused in the cricket match - fixing scandal involving former South African captain Hanse Cronje in 2000.

That request was rejected after a trial at Westminster Magistrates' Court on the grounds that Chawla's human rights would be violated in Delhi's Tihar Jail under Section 87, Article 3 relating to "prohibition of torture, or inhuman or degrading treatment".

The Indian government has sought permission to appeal against the decision in the UK High Court.

At a previous hearing in the Mallya case, Chief Magistrate Emma Louise Arbuthnot had also highlighted prison conditions as a concern that has been "raised in extraditions to India before.

The Crown Prosecution Service (CPS), arguing on behalf of the Indian government, had told her that the Indian authorities have foreseen this as an issue and have been "engaged on the matter".

The CPS team, led by barrister Mark Summers who specialises in extradition cases, highlighted "excellent cooperation with the Indian authorities", who had provided detailed assurances and photographs by email relating to prison conditions where Mallya is to be held if he were to be extradited to India.

The extradition trial itself, to be presided over by Judge Arbuthnot, is listed for hearings until December 14, with December 6 and 8 so far marked as non-sitting days. A judgement in the case is not expected until early 2018.

If the judge rules in favour of extradition at the end of the trial, UK home secretary Amber Rudd must order Mallya's extradition within two months. However, the case can go through a series of court appeals before the actual extradition order can be issued.

"The Crown Prosecution Service, acting on behalf of the Indian authorities, will need to demonstrate a prima facie case i.e. produce some evidence to show that the criminal charges against Mr Mallya, for which his extradition is sought, are justified," explains Jasvinder Nakhwal, partner at Peters and Peters Solicitors LLP and member of the UK's Extradition Lawyers Association.

India and the UK have an Extradition Treaty dating back to 1992 but so far only one extradition has taken place from the UK to India under the arrangement that of Samirbhai Vinubhai Patel wanted in connection with the post-Godhra riots of 2002. But, unlike Mallya, he had submitted to the extradition order without a legal challenge.

Mallya, who has been based at his Hertfordshire estate called Ladywalk in the village of Tewin, around 30 miles from London, had responded with a firm "no" on being formally asked in court if he consented to being extradited to India on the charges relating to his collapsed Kingfisher Airlines.

His extradition trial will now determine whether he can be legally forced to go back to face the Indian courts.