The Senate voted unanimously to strip Suu Kyi, Myanmar's civilian leader, of the symbolic honour bestowed on her in 2007. 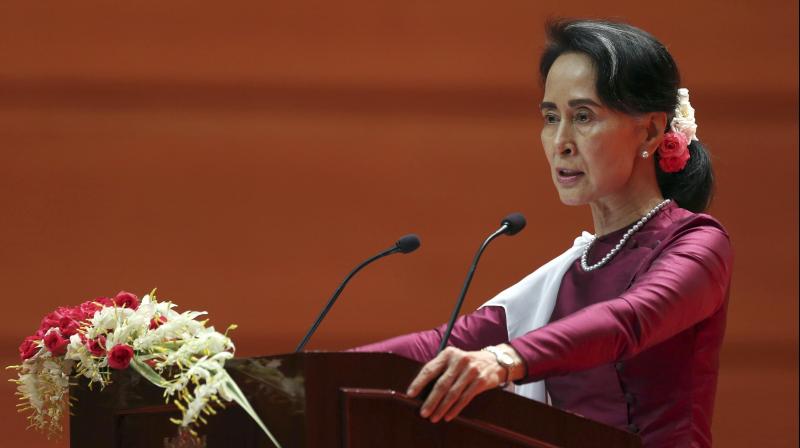 Suu Kyi is the first person to have her honorary Canadian citizenship revoked. (Photo: AP | File)

The Senate voted unanimously to strip Suu Kyi, Myanmar's civilian leader, of the symbolic honour bestowed on her in 2007.

The upper house's move follows a similar unanimous vote in the House of Commons last week.

Suu Kyi is the first person to have her honorary Canadian citizenship revoked.

A United Nations fact-finding mission reported last month that the Myanmar's military has systematically killed thousands of Rohingya civilians, burned hundreds of their villages and engaged in ethnic cleansing and mass gang rape. It called for top generals to be investigated and prosecuted for genocide.

The Senate has also followed the lead of the Commons in recognizing that the crimes against humanity committed by the Myanmar military against the Rohingya constitute a genocide.

"We must recognize this atrocity for what it is," said Sen. Ratna Omidvar, who introduced the motion to revoke Suu Kyi's citizenship Tuesday.

"It is genocide. We must call it as it is." Suu Kyi was awarded the Nobel Peace Prize in 1991 for her fight for democracy in Myanmar.

"At that point she was a champion for change and human rights ... The world pinned its hope on her as the shining light and hope for a democratic and peaceful Myanmar," said Omidvar.

"As we all now know, that was not to be." Omidvar said Suu Kyi has denied the atrocities, restricted access to international investigators and journalists, defended the military and denied humanitarian aid for the Rohingya. We need to send a strong signal here in Canada and around the world that if you're an accomplice of genocide, you are not welcome here. Certainly not as an honorary Canadian citizen."